In Thumbnail View a black box surrounds each folder thumbnail. True of all sizes of thumbnails. They reappear even when the lister is "refreshed" by shutting down and re-opening and in both Dual Lister vertical and horizontal view

That's a Windows bug (has existed since at least Windows 7, maybe longer). It affects File Explorer as well. Just keep refreshing the same folder in both programs and you will see it (it may require changing the folder contents as well; not sure). Sometimes the shell messes up the alpha channel of the folder thumbnails it generates.

You can tell Opus to generate the thumbnails itself instead of relying on the shell, if you want, under Preferences / File Display Modes / Thumbnails. You won't get the 3D look for them anymore, but you won't get the black background bug either. 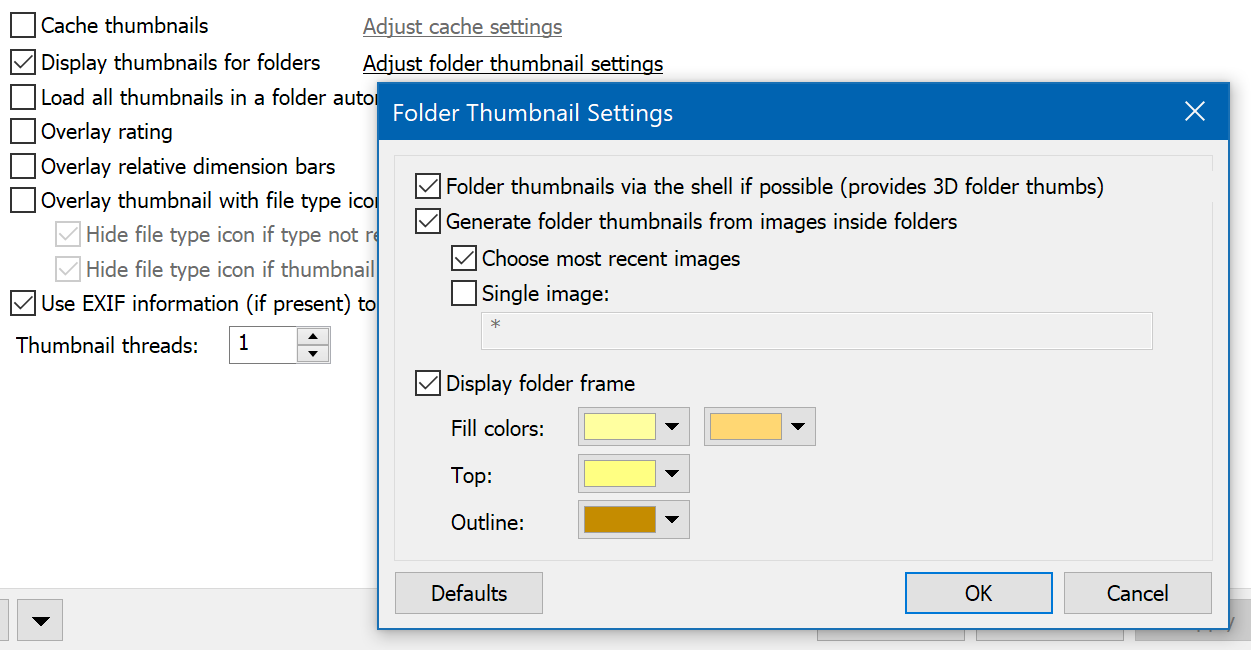 Thanks Leo - the solution works a treat. So prompt too, brilliant service