If I go up a folder by clicking a higher folder in the location bar, it does not properly scroll down to the last folder. Even though I have the "Select previous folder when going Up" checked.

This could be purposeful, as that setting seems to be for when you're clicking the "Up" button, however it should happen anytime you're going up a directory, regardless of whether it's by the button or not. It makes working in folders with a large amount of subfolders a lot easier. Instead, I'm having to scroll down quite a long way to try and find the flashing directory before it disappears. 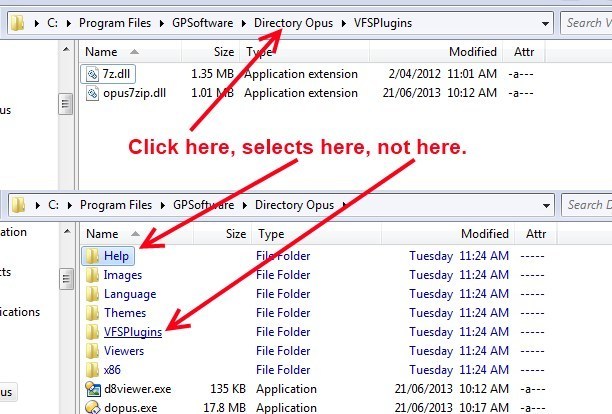 That is by design (although the design isn't set in stone).

Navigating via the breadcrumbs bar is considered jumping to a folder directly (even if it is, coincidentally, the parent of the current folder), the same as if the path had been typed or pasted into the same field. (This also applies if you click on the folder you are already in, as a shortcut to re-reading the folder and resetting the view and selection.)

Ahhh, okay. Damn, I was hoping for the explorer model which does that as standard in Windows 7 and onwards. In the attached image, if I clicked 2 directories higher, it would still select the path I was coming from.

Is it possible to get an option for it, as it makes working with folders with a large amounts of subfolders quite a lot harder. 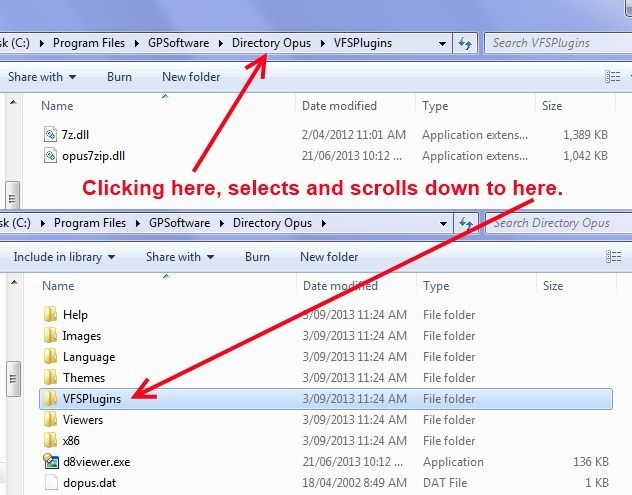 I really like the updates in DOpus 11, particularly with the location bar's bread crumbs so you can move back and forward between deeper directories easier. That's going to be extremely handy.

However, this feature would also be really handy, and make it similar to the Explorer functionality. Any word on whether this could be done? I searched for an option on the new version, but couldn't find anything.

Yeah, that's another issue, the scrolling down to it.

I'm wondering if there's a way to script this functionality in, since it's been a fair while and this option hasn't been implemented.

We'll add this in the next update.

Awesome, thanks, Jon! I'll upgrade as soon as it's out.