Since updating to the 10.5.2.4 beta, I've experienced a half dozen or so crashes; something that is extremely rare from previous Opus experience.

The crashes don't appear to be correlated with any particular activity.

All the crashes are in the same place, in network-related code within Windows itself, on a thread which either Windows or a 3rd party shell extension (or similar) has created, rather than a thread Opus has created itself. 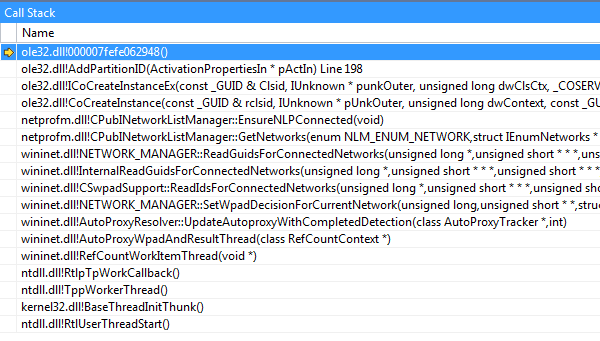 I would update any tools you have which have shell extensions and also interact with the network. (e.g. I saw DropBox is loaded into the process, and that and other cloud-storage tools have caused crashes in the past.)

Checking for up-to-date network drivers and firewall/antivirus (Norton, by the look of it) is also worth doing, in case a bug in them is causing the crash.

If it still goes wrong, use ShellExView to start disabling 3rd party shell extensions in groups until the problem goes away, then enable them back again until it comes back, to pinpoint the extension which is likely causing the problem, as described here.