At the moment I'm working with the new default Lister in DO11, and added the 'Drives' toolbar. Went into to customise and dragged it to the left hand side position of the lister. All is good.

Am I missing something or have I found a bug?

Use Set as Default Toolbar Set from here: 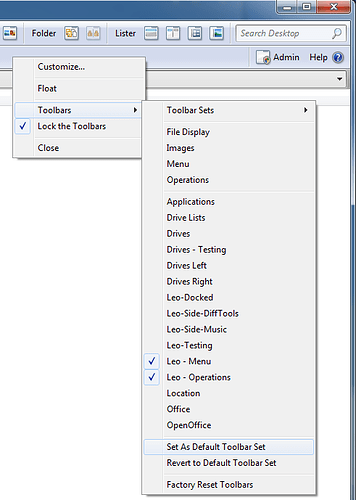 That said, Settings > Set as Default Lister should have done that as well, and does here at least.

For your 'My Lister' layout, there is an option for each layout to specify whether it remembers its own set of toolbars or uses the defaults. You can find it under Preferences / Layouts and Styles / Layouts, and should also be asked how you want it whenever you save/update a layout.

Thanks Jon, I did realise this earlier