Sometimes when I add a new folder to an existing folder, DOpus displays the new folder multiple times. I either have to refresh the display or close the DOpus window and reopen it to make I have included a picture showing this problem. the picture show 2 instances of a folder entitled "1" 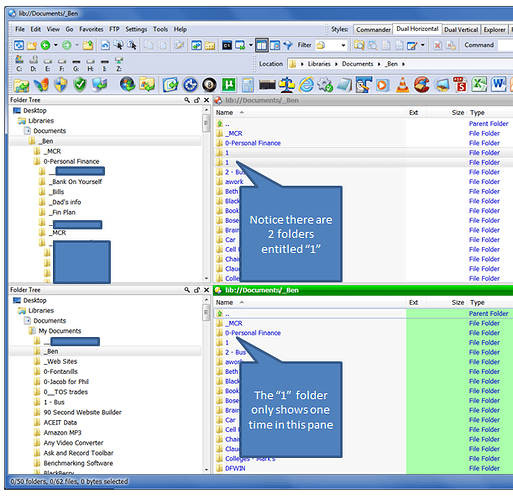 How have you navigated to the two folders in the top & bottom of the screenshot?

I don't know if that is important, but it might be.

The Windows 7 Library capability seems to have greatly complicated what was a very straight forward file structure.

Given all this additional info, Any ideas?

Thanks for the help.

If you right-click the Documents library and bring up properties on it, which folders are a part of it?

The extra folder you're seeing in (3) is probably just the junction with the folder's old name that Windows creates for compatibility with programs designed for XP. But that folder should not be part of the library (only the real one) so it shouldn't be a factor here. (If it is part of the library, however, then that might explain some of what's going on.)

I set up a machine with a moved Documents folder but couldn't repro what you're seeing.

Are you creating the new folders in Opus or in something else? (I have only tried with Opus so far.)

I think the folder tree in your screenshot is showing us a clue, but I don't know how to make the same thing happen:

The top tree shows the _Ben folder directly below the Documents library, with the My Documents folder now shown explicitly in the tree.

On the other hand, the bottom tree does show the My Documents folder between the Documents library and the _Ben folder.

(Assuming that is the same _Ben folder in both trees, and not two folders with the same name. Either way, the My Documents folder is at the top of the tree in one case and not in the other, which is strange.)

It's as if one tree has the Show member folders individually setting turned off, and the other has it turned on. 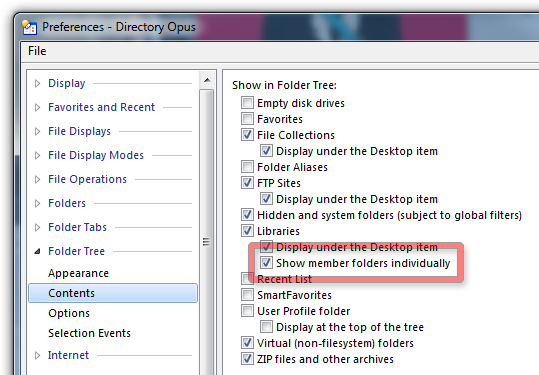 The setting is global so it can only be on or off for the whole program.

There must be something about how Opus was navigated to the folder in the top and bottom panes which is key to reproducing what you're seeing.

Thanks for the help.

I've included some screen shots of the properties windows, as you requested.

Not sure where I created the "1" folder. I think it was from within some application other than Opus, but it was a while ago and I can;t remember.

The "Show member folders individually" box is checked in my Opus preferences. 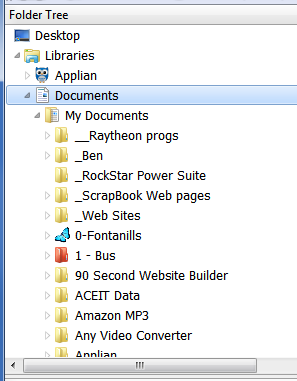 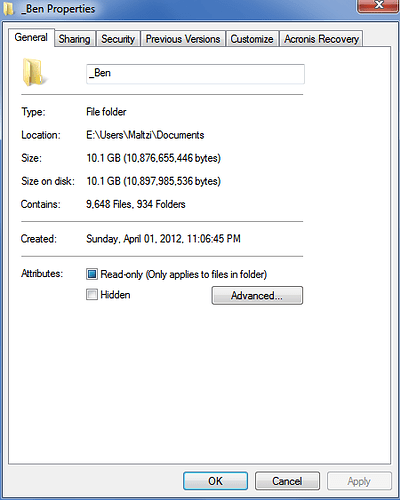 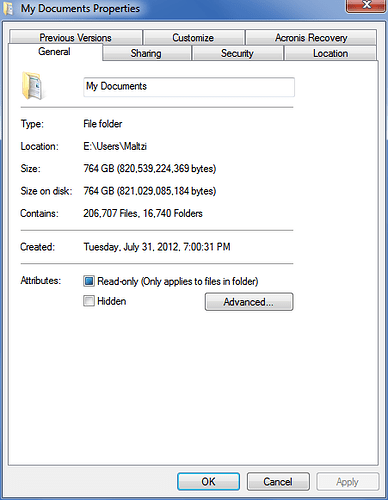 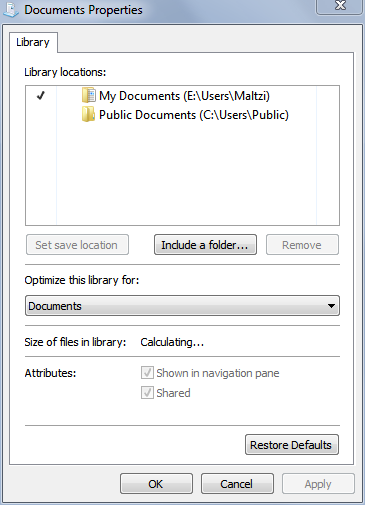 Nothing looks wrong there, and it's the same setup that I've been trying with but I still can't get either thing to happen.

I just tried a few more ideas about how to get the tree to display the _Ben folder directly below the Documents library when configured to show member folders individually, but none of them made it happen.

If you're using a layout, style or folder tab group to navigate to the two folders, it might make sense to re-create that layout from scratch, assuming the problem does not happen if you open a lister and then navigate to the folder manually (e.g. using the tree or by double-clicking folders until you get there, and not via a style, folder tab group or favorite).