Did anybody else try to drag folders from the location bar, to create a new tab or move a folder e.g.?
I learned that there's a context menu on these to open another tab etc., but to me the drag-thing feels more natural, because I try to grab a folder there every day.. o)

EDIT: Wrong, actually there's no default context menu entry to open new tabs from there (I added these for the folder-file type it seems). 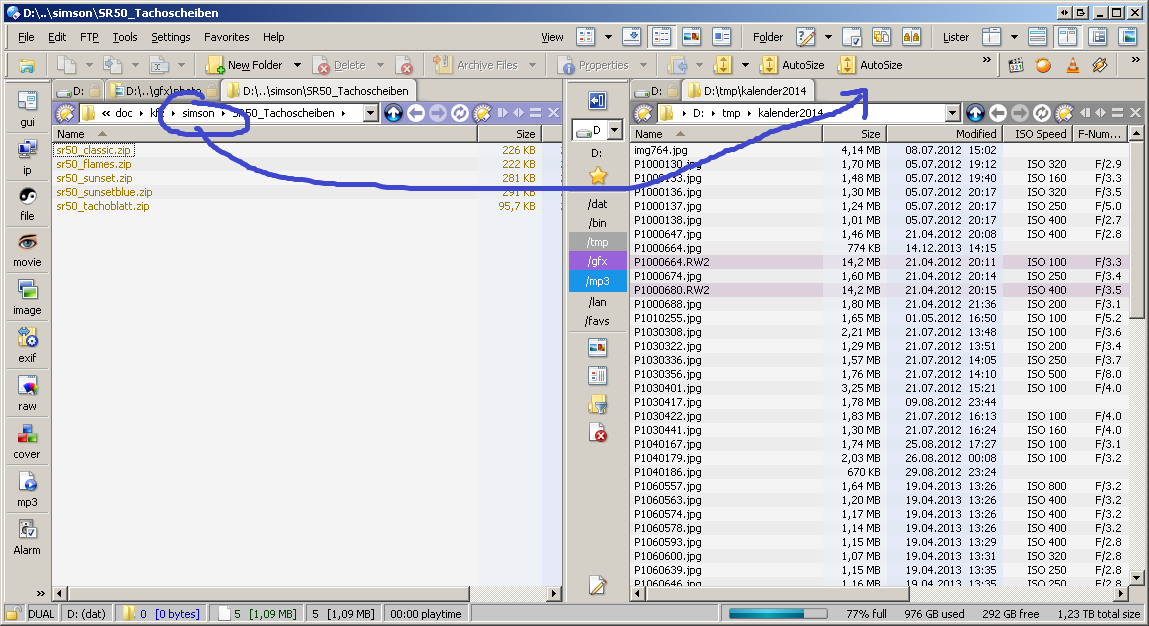 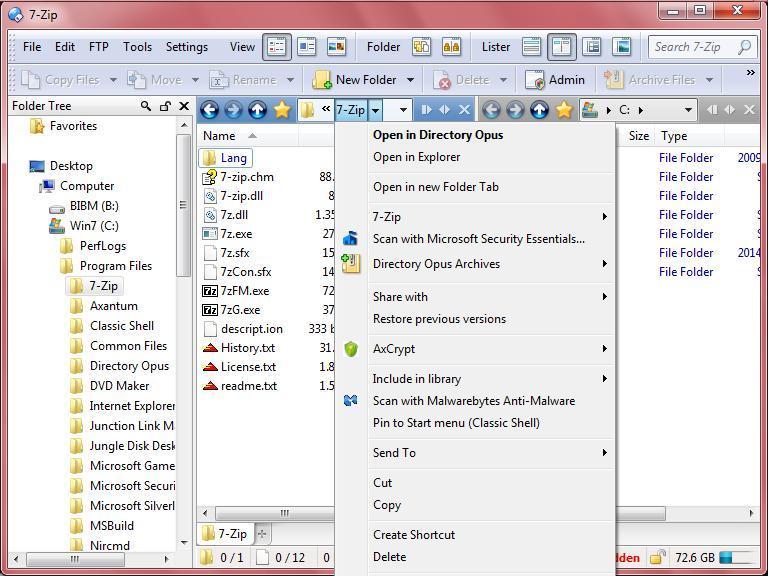 You can also simply alt-click the folder (or control-alt-click to open a tab on the other side).

@rcoleman
Ok then, perhaps we can agree on a missing default entry for opening a new tab in destination? o))

@jon
Thanks, these are an option! o) Being able to drag these folders from there may still be an enhancement, as we can drag things from file displays and tabs around very easily already, it would kind of complete this style of interacting with tabs, folders and paths. I will try harder on these shortcuts though, I promise! o)

I've been using the feature this thread is about in v12 quite happily! Thanks. o)

I'm actually speaking of the browser-based IDE "VisualStudio Code", which uses plain folders for projects. Dragging folders from DO into this application only works for the folders I pull from the filedisplay.

Trying to drag folders from the filedisplay into Explorer.exe will initiate a copy/move, while dragging from the bread crumbs will create a shortcut file only, so I guess that's where the difference is and what's causing my "issue". Is there a setting or something to make the handling for folders which were dragged from the bread crumbs the same?

I have noticed that copy/move options appear when I press qualifiers CTRL/SHIFT. However copy/move works only while dragging to Explorer. Nothing happens when dragging to DOpus lister.

We'll fix that in the next update. The default action will still be link (as it's so easy to accidentally drag & drop something out of the location bar and move it to god-knows-where without noticing, and it's an unusual thing to use for rearranging folders), but holding Ctrl or Shift to copy or move will be made to work.

To make a long story short:
I think it would be cool to also allow dragging of folders from the bar to different places and applications without any qualifiers pressed. Just as it works if folders are dragged from the filedisplay. Your precautions are appreciated, but since DO is also a power users tool, it would be awesome if you'd also allow "qualifier-less" dragging! o)

I can already see myself retrying the drag and drop from the bar because I forgot to press shift/ctrl which is normally not required. o)
I then might be required to delete the shortcut created by accident each time as well, this' no good! o)

I'm more worried about accidental drops than accidental drags. The main use I see for drag & drop from breadcrumbs is opening parent folders in new tabs. With a default config, that involves dragging them across the whole file display every time, and if someone lets go on the way then they can end up doing something quite bad and potentially confusing.

But what you say also makes sense. We'll add a dragsafetyoff argument to the breadcrumbs path field for those who would like to live dangerously.

You mean similar to accidential drops over folders trees and the like, I see.
Well, with your dragsafetyoff argument everyone can adjust the risk he is willing to take, so yes, this is very excellent! o)
Thank you for reading and giving the bar-drag feature this finishing polish! Really nice! o))