DOpus 12.7.5 on a W10 laptop with Dropbox 48.3.56 up and running, the new /dropbox alias does not resolve. I tried it in a VM with a near identical config and there it resolves as expected. Any idea why it might not be "seeing" Dropbox on the top level system?

Yes and yes. It exists in /localappdata/Dropbox/info.json and its contents are:

Does it really have double-backslashes in the "path" field or is that just an artifact of the forum?

Does it really have double-backslashes in the “path” field or is that just an artifact of the forum?

Hmm. How does it compare with the file on your VM?

Another thing to check; on the main machine, you don't have a /dropbox alias of your own that might be conflicting?

Looks very similar on the VM.

No user defined /dropbox alias on either.

What happens if you type /dropbox on the main machine?

Silly question but are you sure the main machine has the new beta installed? 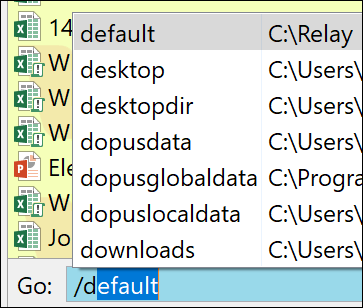 As you can see, that's everything starting with /d

Please re-download the beta and see if it fixes it.

Thanks @Jon. That has done the trick.