I have set my Default DOPus Windows Start menu for…
a. No tree.
b. Tiles.
c. No Tile Frames.

I am using the tiles more like a drop-down menu rather than a separate tile.

Problem I am encountering with the Tiles Preferences…

Size & Layout\Tile Spacing… 0 does not = zero space. There is ALWAYS a minimum space between tiles regardless of the Tile Spacing setting. I want 0 to = NO space so I can make the Tiles look more like a drop-down menu rather than separate tiles.

You could the tile borders off entirely, which is already supported. Then the 1 or 2 pixel gap doesn't matter, and they'll look even more like a real drop-down menu.

But tiles aren't drop-down menus, of course. If you want to use them like they are then go for it, but we're not designing the program around that.

I already have the borders off; that was the first thing that I thought about but... the borders do not seem to add or subtract from the overall height. I was hoping to color the borders to the same color as the background hoping that they would narrow the gap between tiles but it made no difference. Seems that the borders are simply overlaid on top to the tile and add make no difference in the spacing.

What I don't understand is why a 0 setting does not equal zero space; the logic here eludes me. Seems like a simple thing to correct and would add a little more versatility to opus.

The spacing setting is how much extra spacing there is.

(There's a more technical answer than that, about how the tiles are rendered and that they have internal padding in some situations to make room for things like shadows, but that's what it boils down to.)

The spacing setting is how much extra spacing there is.

It would seem to me that 0 spacing would mean no extra spacing (or zero?).

The shadow things does make sense except there is no shadow command in the Tiles settings box (possibly a future addition?).

I GOT RID OF ALL THE SPACING!!! Now they look like drop-down menus (SEE: attachments).

The secret is not so obvious; I tried a LOT of various little understood options until much to my surprise one did exactly what I wanted.

It is checked by default which causes the spaces between tiles even when spacing is set to zero. Un-checking it allows the Tiles Spacing command to act in a more normal way where 0 actually equals 0. Hurrah for me!!

I am now one happy camper. 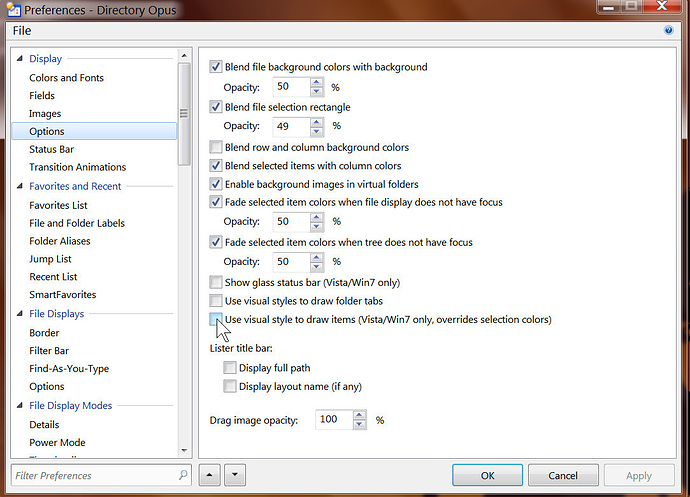 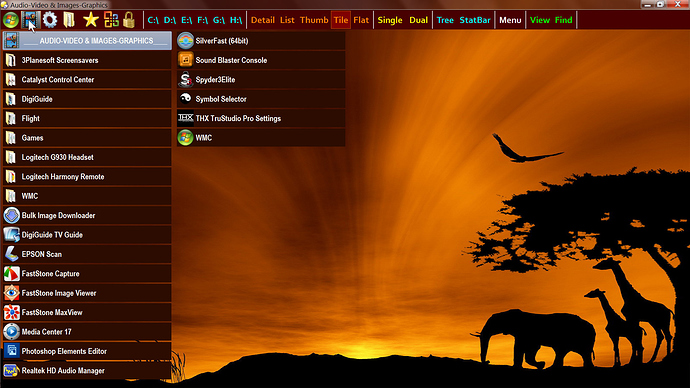 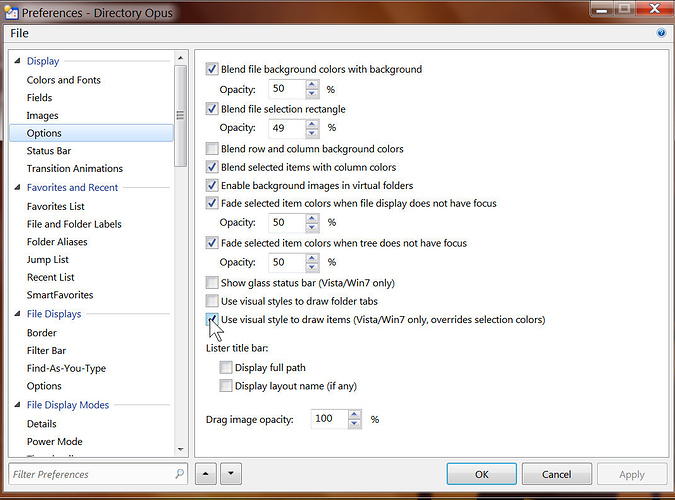 I didn't know that could/would happen myself with that combination of settings.

Yes; it was an amazing moment.

Just goes to show how powerful Opus can be if you persist.