Is there a setting for file size units that has byte count as an option - i.e. 894,976 rather than 874KB etc I found Miscellaneous->Advanced->file_size_units but ...

I have the Folders->Folder Behaviour->Calculate folder sizes automatically for ... checkbox unchecked - see image below

Yet as can be seen I still get folder sizes being shown, except for the folders that "Microsoft thinks it owns"
I thought it was just Drive C, but I just noticed some other folders on other drives are showing sizes, but others are not
Are there other settings I need to set
I don't want any folders on any drives to show anything in the size column.
There are too many exceptions - hidden files, alternate data streams, hard & soft links, junctions, mount points etc - all of which I use. 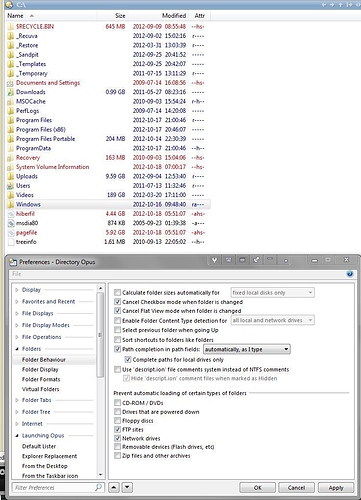 There are separate/alternative Size columns with different units.

You can't get a context menu for those two files because they are always locked against anything else reading them. It's unrelated to the hidden or system attributes.

There are separate/alternative Size columns with different units.

Makes sense - some folks like to see size of data and disk space used - good thinking.

I did search the CHM and the PDF for 'file size' nothing about different columns came up - I could have missed it.

I think the folder sizes displaying because of Edit->Calculate Folder Sizes (ctrl/l), I have not knowingly used it (only just discovered it)
Ctrl/l in my word processors is Left Align, in Firefox its go to Location Bar, in Calibre its Resize cover etc - I changed it to ctrl/alt/numlock.
I have dual monitors and I tend to have multiple windows open on both - but only one keyboard and one pair of hands

You can't get a context menu for those two files because they are always locked against anything else reading them. It's unrelated to the hidden or system attributes.

Maybe you can't but I can - in Explorer and in xplorer2 - see attachment - don't worry about it, I'm not bothered 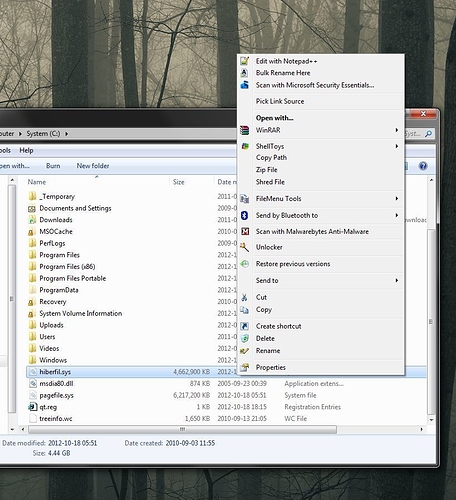 "Size (Bytes)" is the column you want. 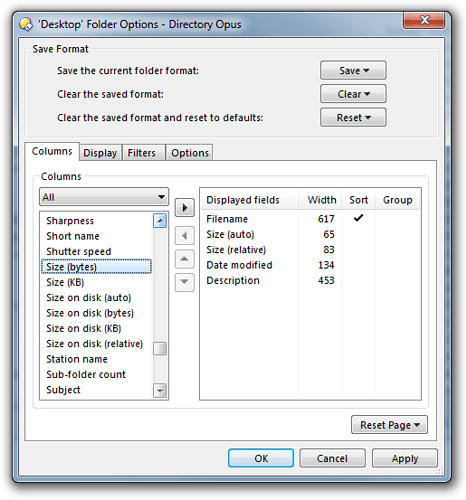 If you're using columns like Sub-Folder Count which force Opus to read all the directory listings below a folder, then the foldersize calculation will be done and displayed as part of the bargain. See this FAQ for more: Calculate Folder Sizes Automatically

Explorer will show a context menu for a completely locked file, but the menu won't let you do very much with the file. (Except maybe run Unlocker, which is a whole separate discussion.)

What is the sort of thing you're seeing? Random in what way?

We're talking about several different things at once in the same thread which isn't easy to follow at the best of times (as per the FAQ) and gets even harder if you're not specific.

This is the sort of thing I am seeing, 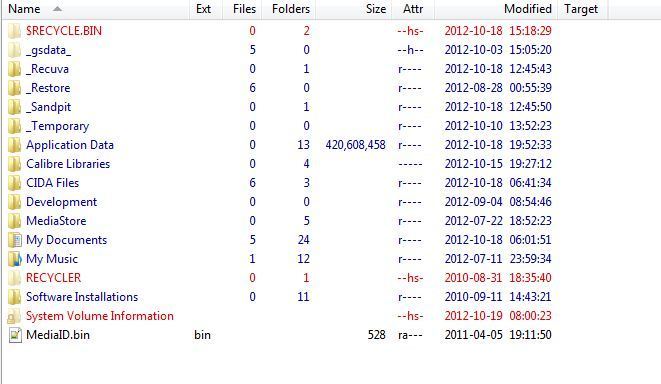 There is no 'logical reason' why the 'Application Data' should have its size displayed and not the Calibre Libraries - sometimes the number will appear when the mouse hovers over the folder,

This is my column set 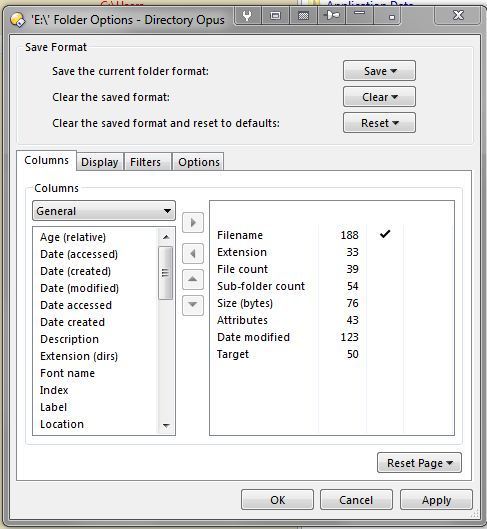 Here are the Folder options 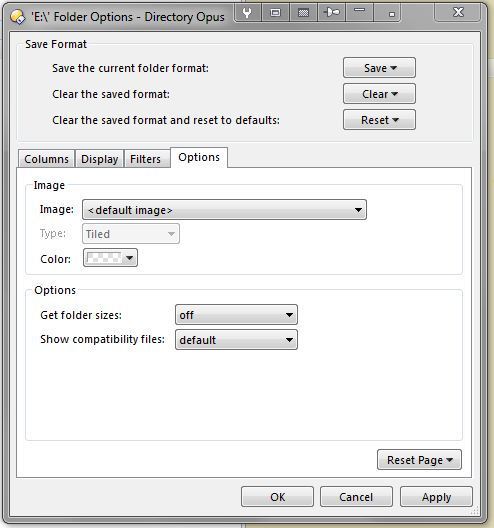 If you hover over a folder (or hold Ctrl down while on a folder in keyboard mode) the default tooltip will trigger a calculation of the folder size.

Did not know about the control - because I'm keyboard centric I often have no idea where the mouse is.
So I have the option CP->Mouse-Pointer Options->last checkbox set to show an animated bullseye when I hit control

I seem to gave found combination of settings that hovering or holding control for 60+ secs on a four file folder shows nothing - which is what I want.

I also disabled the crtl/L hotkey - the Edit->Calculate still functions,buts that's OK, maybe one day I will want it

I would still prefer a simple overriding global setting - Do not show Size on Folders
If its true then grey all the controls in Folder Options etc, don't do the accumulations and don't do the display.

I've seen no folder sizes for the last several hours - but why not?