Here is the weird behavior.
Assuming i have a tmp folder in c: contening other dir (tmp1, tmp2 ...),

Does anyone as an idee ? or at least does anyone is able to reproduce this behavior ?

I can't reproduce it so far.

Can you post a screenshot showing the item selected in the folder tree and the incorrect directory being shown in the file display?

The folder tree must be locked for this behaviour to happen.[/img] 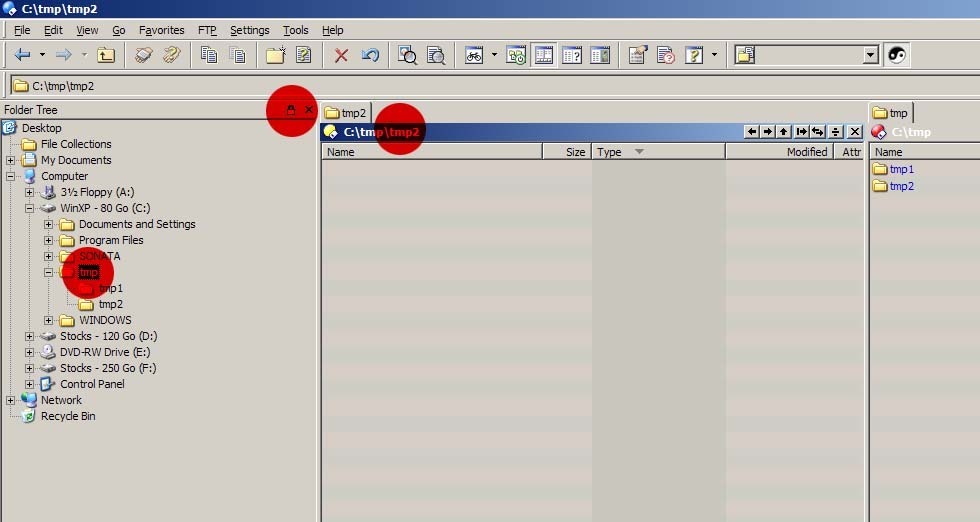 Confirmed. If a folder is already selected in the locked folder tree then clicking on it does nothing, even if it isn't the folder shown in the lister.

I've filed a bug report to GPSoft for you.

Thanks...I thought i was crazy !