I would like to display a selected image file triggered by pressing the space bar, similar to Quickview in macOS. I know "F7" shows the image in the lister but I want SPACE to display it in an extra windows. How can this be done?

You can put a hotkey on Space via Settings > Customize Keys, if you really want to.

It's not a good idea on Windows, though, since space is used for selecting files via the keyboard (with ctrl+space toggling just the current file), as well as typing paths that contain spaces. Return is the normal Windows key for opening the current file.

Understood. But its not sufficient to change the F7 key because this key triggers the viewer inside the lister. I'm searching a way to call the viewer in a new window.

The Show command will do that. (No additional parameters needed.)

Not optimal but for a start I'm using Shift SPACE.

Have you tried QuickLook for Windows? 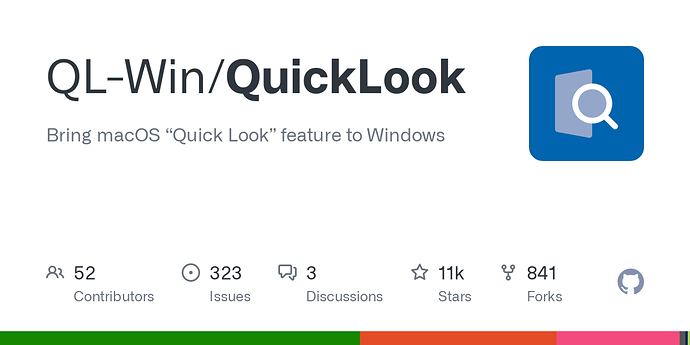 This. I've been using this QuickLook tool for some time now and it works flawlessly for me. Has some solid plugins as well.