I have a filetype-group with containers (dlc,...), when dbl-clicking, it opens texteditor instead of the program assigned in filetypes. When deactivating "open unregistered files with texteditor" in prefs it works.

Btw. it is long time ago I used this filetype, but it always had worked before. Containers are not assigned in Windows.

It probably means there is no filetype for that extension.

As said, it worked before. I have different filetype-groups, this one includes .dlc- and .ccf-extension. On dbl-click they always opened downloader, now text-editor opens.

Could it be a Win11 issue (I actually test it)?

If it worked before, the file type may have been deleted or taken over by something else.

Filetype groups may not be where the problem is. Is there an actual filetype for the extension? That has to exist as well.

I never assign some filetypes and only open them in DO using custom filetype-groups and which app to use on dbl-click.

Why DO open them with right app (assigned in filegroup only and nowhere else!) after deactivating to open unregged filetypes with editor then?

Why DO open them with right app (assigned in filegroup only and nowhere else!) after deactivating to open unregged filetypes with editor then?

Because that's what the option does. If the file is one where no filetype exists, and it looks like text data, then it'll be opened in a text editor if that option is turned on.

(Filetype groups are not filetypes, remember. The filetype still needs to exist for things to behave normally.)

Turn off the option, or create a file type, and the problem should be solved.

You can create a filetype in a few seconds in the filetype editor.

Sorry Leo, that's not true, I never regged e.g. .dlc and DO opened it correctly with filetype-group including extension .dlc! Same with other filetypes (mainly used by portable apps which filetypes are unknown to sys and they are configured not to register them).

Well, don't ask me why, for testing I reactivated unregged filetypes and now it works again. And as you can see in pic 2, .dlc is not registered. 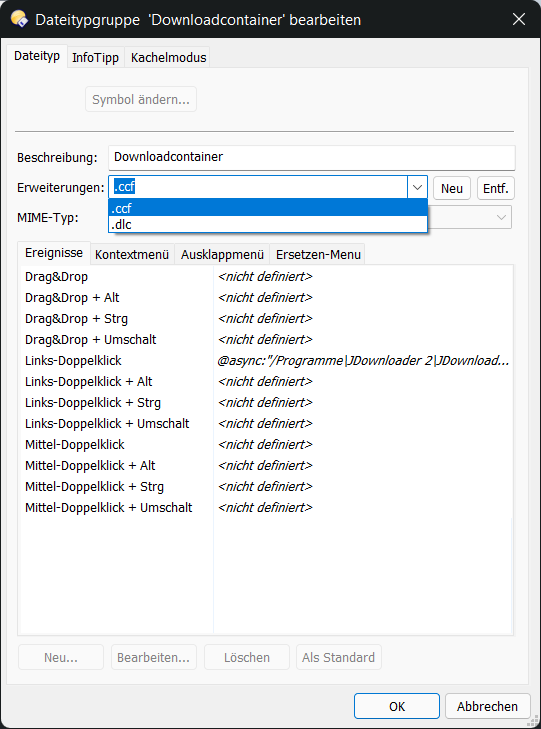 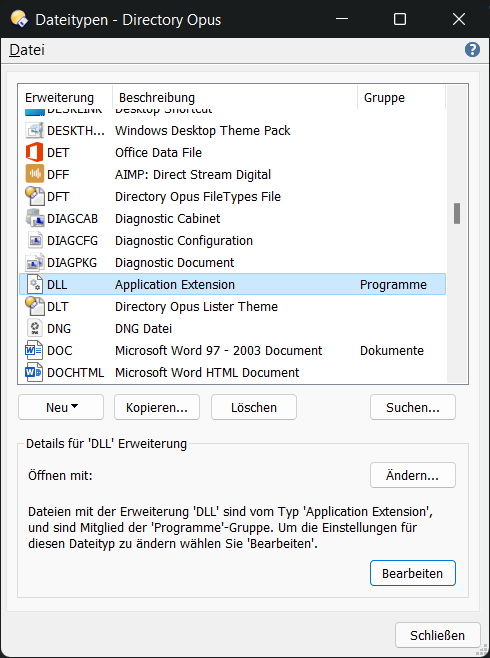 Sorry Leo, that's not true, I never regged e.g. .dlc and DO opened it correctly with filetype-group including extension .dlc!

How do you know nothing else registered it in the past / on the old OS install?

In either case, it should have solved the problem. There's no point asking my advice if you aren't even going to try it!

...because I know what I've installed and it also works after fresh installs. I also use filetype-groups a lot on USB opening my prefered portable app without "contaminating" the foreign PC registering filetypes (sure, most filetypes are known by sys).

Edit: Create a filetype-group, add any non-existing filetype like ".abcdef" and define a dbl-click-action. It will work.