Suddenly OP started to show strange lines that are not supposed to be there. They partly go away when changing the element, like dragging the line between tree view and content, or customizing toolbars. But only until the next new start of OP.

I tried changing the themes back and forth and installed the same version over the installed one in hope of repair. Could I try to uninstall without removing settings and get back to my customized version via a backup of the DO settings?

Anything else I could try? 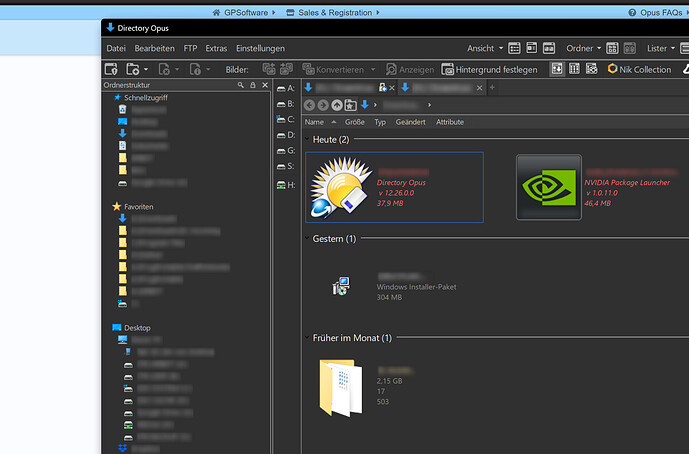 Image: all those grey / white lines between toolbars, between any two elements of the lister where not there before... 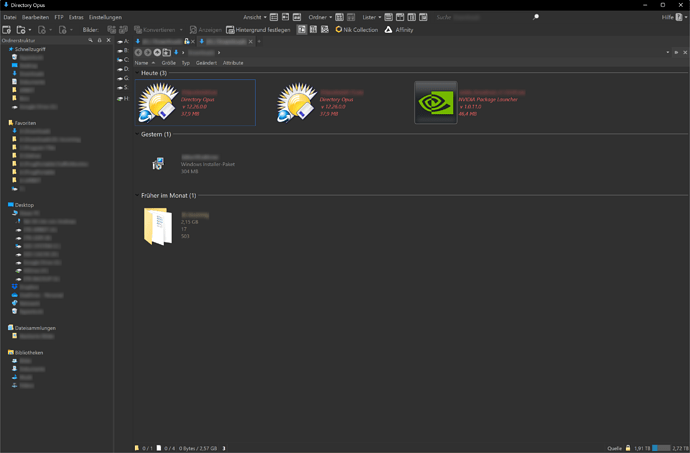 None of that looks like a bug. It just looks like the way the colors had been configured.

Some colors come from the OS, and you seem to be using something that modifies the OS theme/colors, so it may be involved.

I use Curtains to change system appearance. Still some things point to some kind of "bug" on whichever level (OS, Curtains, OP), as these lines did not stay when changing the size of the boxes they are drawn around. Or simply starting to customize toolbars and closing that again. A color that had been configured would have "survived" that.

That it went away with the Win update points to sth on OS level in my eyes. Indeed there was a smaller Win update right before it "went bad", so....

I just left the post as I figured it may help to know that a Windows update may cause as well as fix this.