When i rename files i:

works great... however I want to batch rename folders, but not the contents of them. The above mentioned syntax does not work. According to the preview the before and after names of the folder are the same.

I'm not exactly clear on what you are trying to do.

Are you trying to name folders and files in the same pass?

Are you trying to just append a date to the folder name?

the folders are named:

i want to rename them to

i figured it out!!

Okay, I'm working under these assumptions:[ol][li] All objects you wish to rename start with leading numbers.[/li]
[li] You only want to append the number "1" to the front of each such leading number in the new name.[/li][/ol]
My screen grab below shows files. To use this regular expression syntax for only folders, you must first use a toolbar button to select only folders, before you start the rename process (raw command = Select ALLDIRS).

Old Name: ^([0-9]+)(.*)
New Name: 1\1\2
Type: Regular Expression[/code]
Below is a break down of what is going on in the Old Name regular expression syntax above, starting from the inside out.

Notice the changes, b[/b] means look for two numeric characters. This will not find a single-digit number, nor will it find on a three-digit (or more) number. 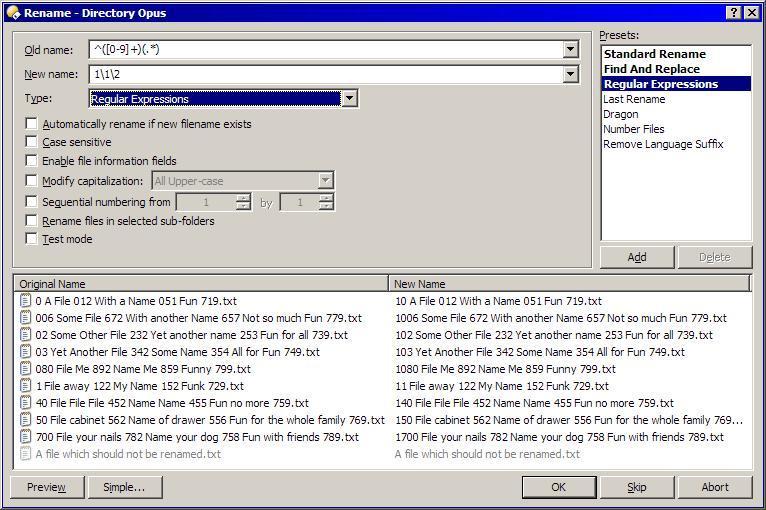 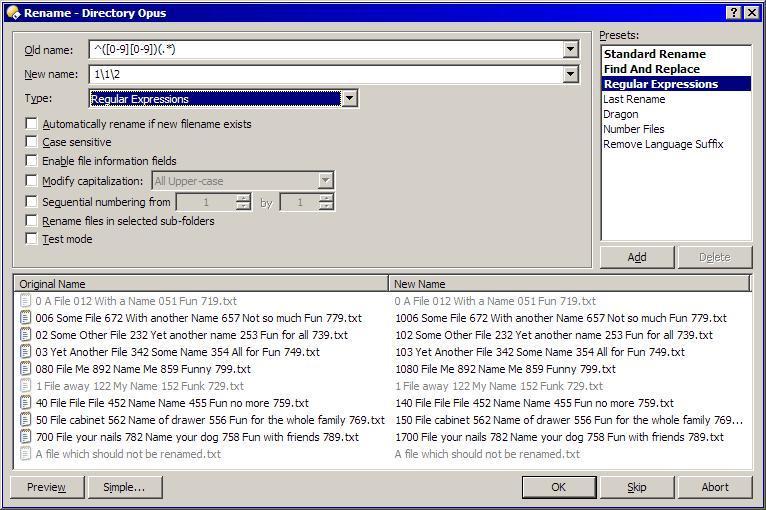