The source control system I use (Perforce) adds an enty to the context menu that is shown in Windows Explorer, but this does not appear on the Dopus context menu for the same location/file.

I have attached 2 snapshots where you can see the Explorer contect menu and the corresponding Dopus context menu. How can I make Dopus show the Perforce entry? 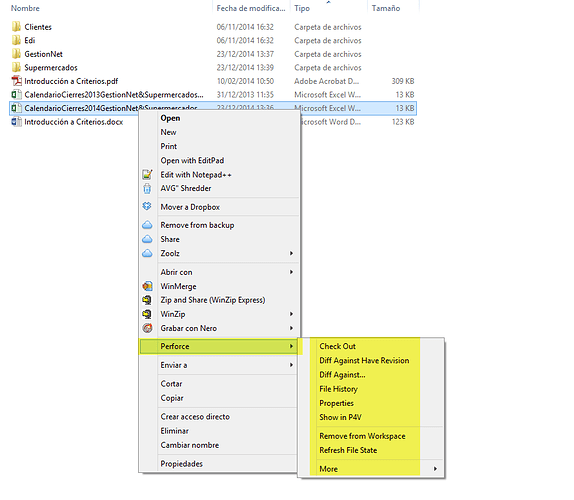 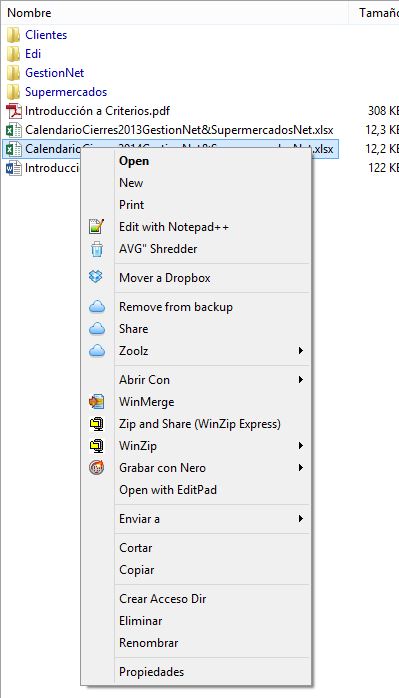 I find that the easiest way to get at Explorer only entries is to hold down the shift key along with right click.

You could add the thing to Opus, but that adds clutter.

If the menu items appear when you hold shift and right-click, it's because the option to hide them by default has been turned on. (Holding shift overrides the option.)

It's also possible Perforce has been configured to only add its menus to Explorer, or that it does so and cannot be configured not to. If you also don't see the menus in Notepad's File Open dialog, then they are restricted to Explorer, one way or another.

The item does not appear with the Shift+right-click.
I have also looked at Notepad's Open option and it does not apprear their either.
It's strange, I could have sworn I have used it with Dopus on my previous machine...

Based on this it does seem like they are blocking it deliberately for any process other than Explorer. You could try renaming dopus.exe to explorer.exe to test this theory.

You'd have to fully exit Opus (via File / Exit Directory Opus) and re-run it after renaming it for the rename to make a difference. But also note that running a renamed dopus.exe will cause other problems, so this is only good for a quick test.

Making a copy of notepad.exe and calling it explorer.exe is an easier test.

But it does look like Perforce are intentionally hiding their menus from everything except Explorer, since they aren't appearing in Notepad (when named Notepad.exe at least) and based on the thread Jon linked to, so you will probabvly need to complain to the Perforce team and ask them what they were thinking when they made that design choice.

It's possible they have a configuration setting to control where the menus appear, as is the case with some of the Tortoise source control tools.