I'm trying to search for wav files with a specific sample rate, but I can't get it to work.

As you can see in the screenshot, there are several wav files with samples rates of 48000 and 44100 Hz. The clause '*.wav' works fine but as soon as I add the 'Sample rate' clause I don't get any matches returned, regardless of the settings. I tried "Is equal to' or 'Is at most' but it doesn't make any difference.

It would also be nice to be able to set more modern sample rates above 48000 Hz or even better to lets us enter the sample rate manually. 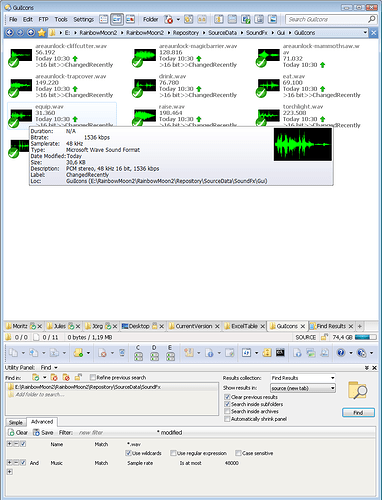 I'm aware you guys are busy, but is there any update on this? Could you reproduce this issue?

Confirmed, we'll fix this in the next update.