I have removed OneDrive from my Windows 10 64-bit system.
There is no remainder of it in the Explorer.

However, I can see an ugly remainder in Directory Opus 12 on the "Desktop" directory (please see the screenshot).

How do I remove it? 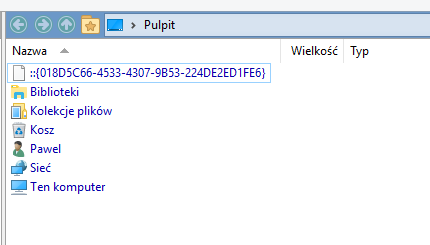 Is HKEY_CURRENT_USER\SOFTWARE\Microsoft\Windows\CurrentVersion\Explorer\Desktop\NameSpace{018D5C66-4533-4307-9B53-224DE2ED1FE6} still in the registry?

Ok, I was able to hide it using a hint from this thread:

hi see attached screenshot. i cant remove this folder, what is it and how to remove ? I use windows 10. i cant see that folder in windows explorer - only opus [image]

I unchecked OneDrive on Preferences / Folders / Virtual Folders.
However, this option is only available on Pro version. How would I do this in Lite version?

Is HKEY_CURRENT_USER\SOFTWARE\Microsoft\Windows\CurrentVersion\Explorer\Desktop\NameSpace{018D5C66-4533-4307-9B53-224DE2ED1FE6} still in the registry?

Yes. When I tried deleting it, it resulted in a folder with no name in Directory Opus.
DOpus would crash on right-click on the folder.

Well, actually it's no longer there...

Sorry for posting so much. Is there no edit button?

What I meant that the registry entry is no longer there but I can still see the strange folder unless I uncheck the option which is only available in Pro version.

Funny, when I uncheck this andthen switch to Light version, the ugly folder is still hidden.

After you removed OneDrive but still saw the ugly remainder, did you reboot at all?

What's the method you used to remove OneDrive from the OS? I'd like to try the same thing to see what happens, and we should be able to make Opus detect it automatically and avoid adding the unwanted item.