I've seen this has been reported before but that thread was over 10 years ago. I still regularly run in to the problem that after viewing a video file it is locked by Directory Opus indefinitely. Even when the Directory Opus window is closed.
Is there an elegant way of unlocking the file apart from exiting and opening Directory Opus? I have vlc installed and the file is an mp4 file

It's not Opus leaving the file locked, but a video codec/splitter either leaving it locked or crashing during playback.

If you disable the Movie plugin, Opus will fall back on using the Windows Media Player ActiveX control, via a separate process (but still in the viewer pane). That will mean that when the viewer pane closes, the process that played the file terminates, and the lock won't be there any more even if the codec/splitter DLLs left it open.

(We'll probably move the Movie plugin itself to using a separate process for similar reasons, but not in the near future as it'll require a re-write of the plugin.)

That worked splendidly. Thank you very much and sorry for the bandwidth.

For users troubled by the same here the setting to change: 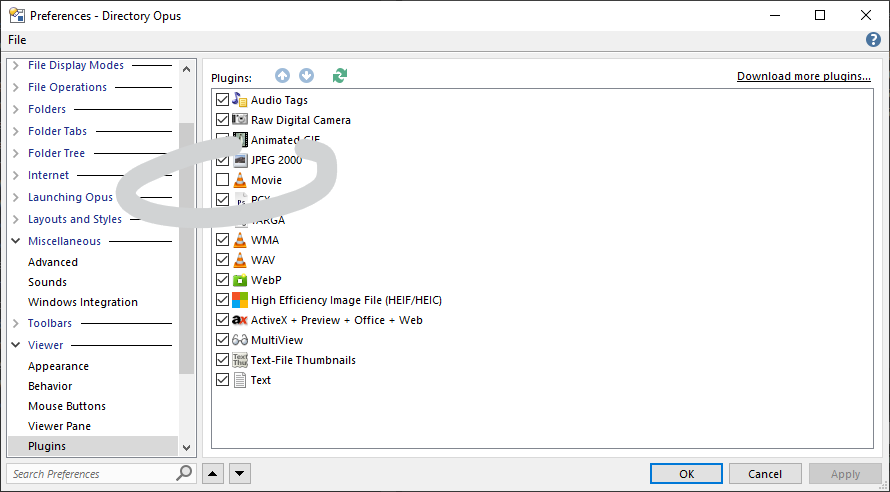