Video thumbnail showing as generic in a specific folder

I have a test folder (rottest) containing 3 JPGs and two copies of an MP4. When viewed in Opus the MP4 files appear as generic icons but when viewed in Explorer the MP4s are shown as thumbnails. See first Opus vs Explorer screen grab below.

I created a new folder (rottest2) under the same parent and copied and pasted the files across. In this folder, both Opus and Explorer show all the files as thumbnails. See second screen grab below.

Pressing F5 didn't help so I tried clearing Opus thumbnail cache and Windows thumbnail cache and rebooting Windows. The mysterious issue persists. I am using the test folder to test a dialog that uses LoadImage to show a JPG thumbnail and LoadThumb to show an MP4 thumbnail in a static control. In rottest2, both JPG and MP4 show correctly whereas in rottest the JPGs display properly and the MP4s display a generic thumb. 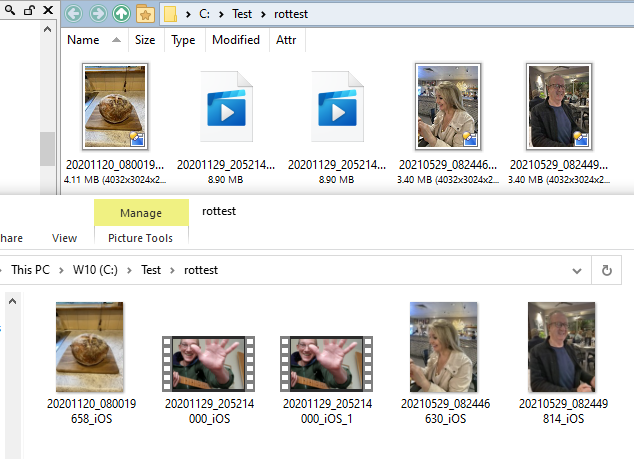 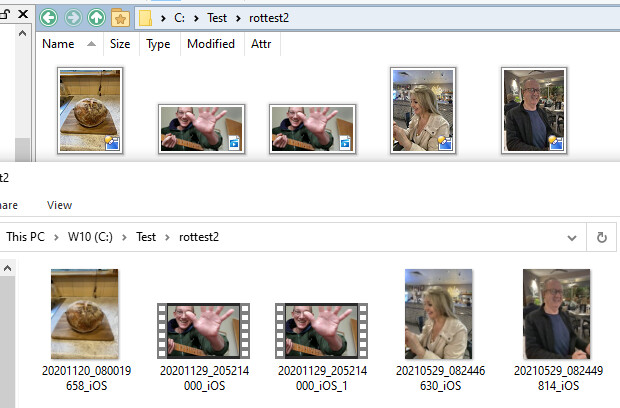