I want to add a option to a drop down menu. I want to be able to add the option of adding rename with "current date" to this drop down. 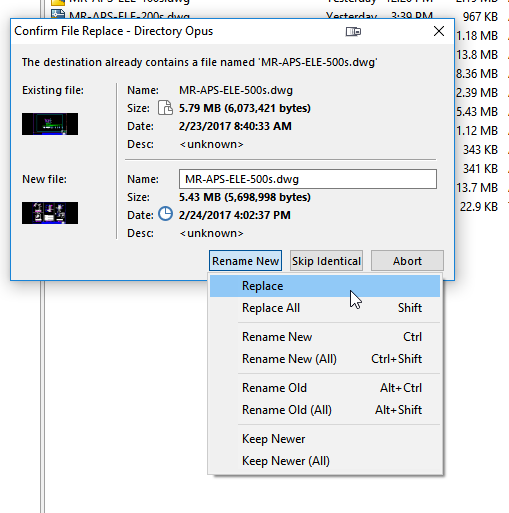 You could add following new code in a button:

By the way, this funny editor does not allow to just write down the command using "*" , which will be removed. Very annoying!

Any commands or code should be put inside a code block surrounded by backticks (`).

Currently there's no way to extend that menu, unfortunately.

Jon, ok, thanks. Tried a few things, but couldn't find the right code.

I currently have a button for it, I just wanted this to use in certain instances.

See Also: Discourse New User Tips and Tricks for the basics of how Discourse works, not specific to the Opus forum. Some tips for using a Discourse forum specific to things we often need to do when talking about Directory Opus. Paths and \backslas…

Thx Leo, i have it bookmarked now. Looks like color formats aren't possible here, that's what i thought. Will get used to it.