All modifiers does not display in monitor 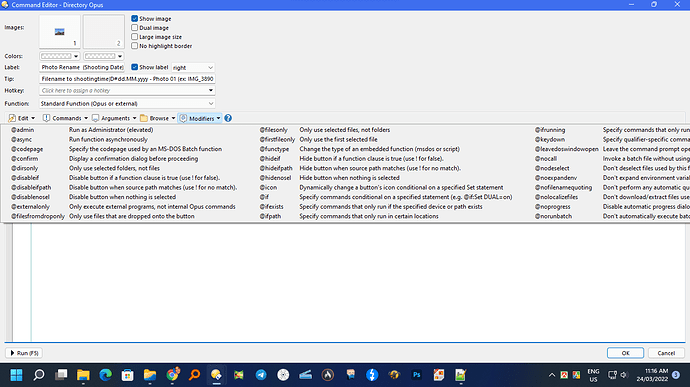 That looks like the menu has either mis-detected your screen size or thinks the lower half of the screen is out of bounds.

(That latter usually happens if something large is docked to the screen and reserving that area of it. It can also happen with normal-sized docked toolbars and multiple monitors running mixed DPIs in some cases, where Windows gets confused.)

I'd expect other menus to also have similar problems if it is either of those issues, since that menu is not a custom one we make ourselves; it's a standard Windows pop-up menu.

My OS is Windows 11 X64
I use single monitor

That's a very small resolution. Even Windows 10 and up doesn't recommend that resolution, as it can't display everything correctly (normally you will get an information about this on fresh install/first monitor setup).

I've found the problem. We aren't letting the menu use as much of the screen as it could, which isn't usually a problem but can be at low resolutions. We'll improve this in the next update.