I heard this was the regex way to do it, but I'm missing something.

My button has this code...

This one (from buttons section) removes x chars from left, second code from right:

It makes it easy to test out substitutions and pattern matches. Here I told it to replace the first 4 characters with nothing: 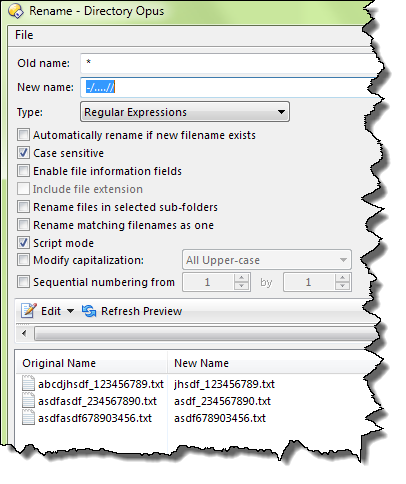 Thank you sirs. Got it working!

For future visitors, Dynamic Script is at

Well, my ignorance is showing again. I installed ActivePerl 64 bit and imported the latest version of Dynamic Renamer.orp but it does not work for me (see below). In fact, my screen does not look like @MrC since the script appears in mine and not his. Can someone/MrC educate me on what I'm doing wrong. I tried it with both a file and a folder and nothing happens. The reason why I was intrigued is because of the functionality like removing contents within brackets.

I apologize if this is not the correct thread to post to. 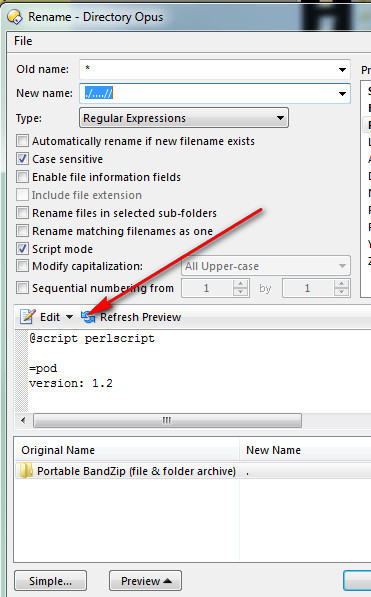 The first character of all transformations is a dash, not dot:

Thank you. It worked.

Just wondering @MrC, why do I see the Perl script and yours doesn't?

For the screenshot, I dragged the script portion of the window to be minimal size.