I'm sure this has been asked in various ways (I've seen hints in my searches before posting), but I'm not seeing an explicit question or answer so far that addresses this.

I know about the "Default Lister", but that seems to store a static set of tabs, which has nothing to do with what I was doing when I closed the last DO lister.

How do I achieve this?

Bingo! Thank you, Leo. I knew it was probably in there, but there's so many settings...

I find this settings doesn't work after pc restart. Is there a way to have Lister remember last opened tabs even after restart?

There's a setting under Launching Opus / Startup for that.

I got that. However, that didn't work for me. maybe windows shutdown closes the lister not gracefully and the state isn't saved? 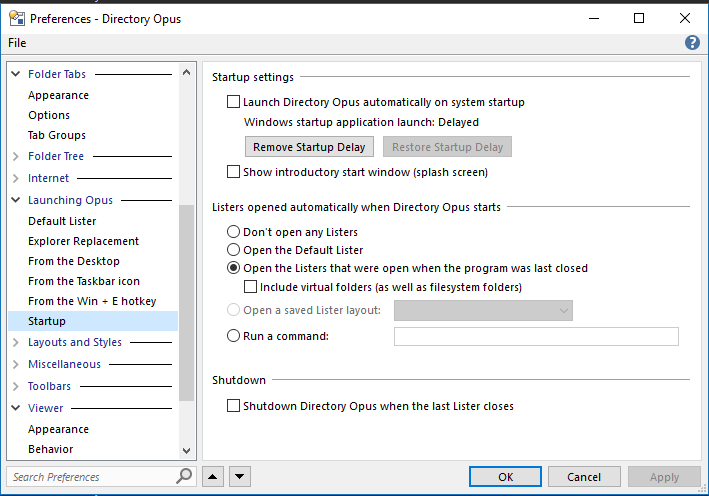 If something kills the process instead of allowing it to exit normally then that could happen, but it shouldn't happen normally.