Bug when creating button with menu

Hi,
There is a bug when i create a button with Set COLUMNSADD/COLUMNSREMOVE/COLUMNSTOGGLE/CON TENTFORMAT and maybe others. If you choose item in menu, arguments are replace by picdepth.

I put "Set COLUMNSADD=author" in a menu and it adds the author(s) column without problems.

Can you give an actual example of what you are doing and what goes wrong?

Problem is during edition... See screenshot... 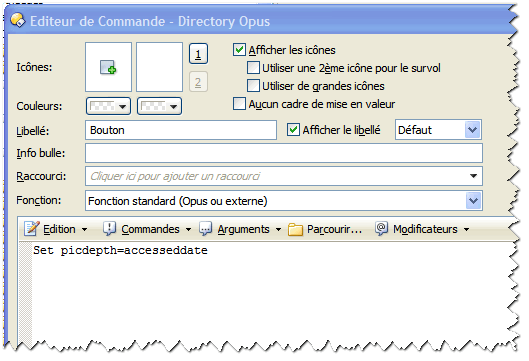 Thanks for the extra info.

There was a slightly earlier 10.1 build which got replaced (due to an error in the Polish language DLL; no other changes) so it might be worth checking the full version number in the About window in case the older build had the menu/arguments out of sync, but if you are on the same version/build as me then I can't think why it would go wrong.

Can anyone else reading reproduce this?

AlbatorV, if you go into the menu for the list of columns, and the Other > Shell category, do you have a huge number of columns in there? (200 or more)

From looking at the menu code, having more than 200 columns added by shell extensions could cause the problem you are seeing. If you do have lots of menu items, I'll make a test build for you which does things differently to see if that is what's going wrong. 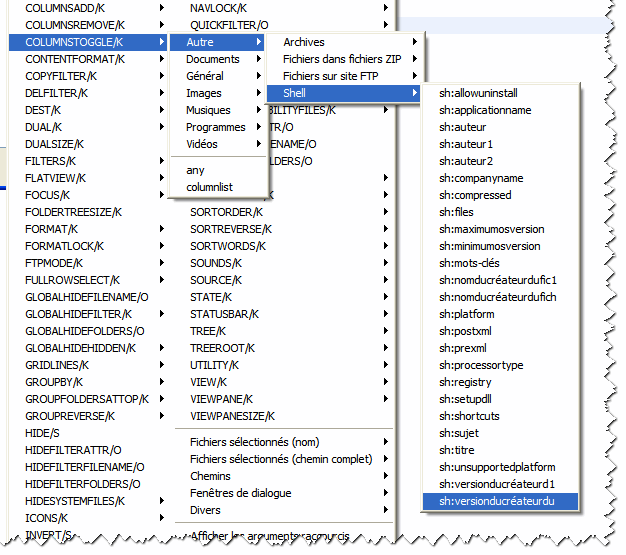 Hmm, that can't be it then. Still a mystery. Let's see if anyone else can reproduce it and if there are any connections.

I was half-right before; it is triggered by having "lots" of Other > Shell columns, but you need much fewer than 200 to push it over the limit. The amount in AlbatorV's screenshot turns out to be enough.

I know what's causing the problem and have reproduced it, so this should be easy to fix for the next update.