The update checker isn't showing me there's an update for the most recent 12 beta for some reason.

I'm running 12.0.5 currently and I believe 12.0.6 has been out for a while. When I check for updates it tells me i'm using the current version. This was today 9th June. 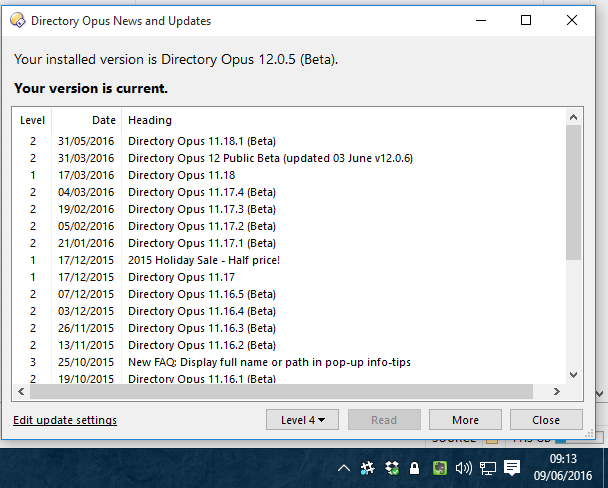 The list of news is the list of posts to the Opus News blog, which includes a post updated for 12.0.6 (2nd in the list). The news posts don't drive the update checker; that's a separate mechanism, but shown in the same dialog.

Beta updates are downloaded and installed the same way you got the beta originally. Just download the installer via one of the beta announcements and run it.

I thought I’d updated via the updater previously but clearly I couldn’t have.