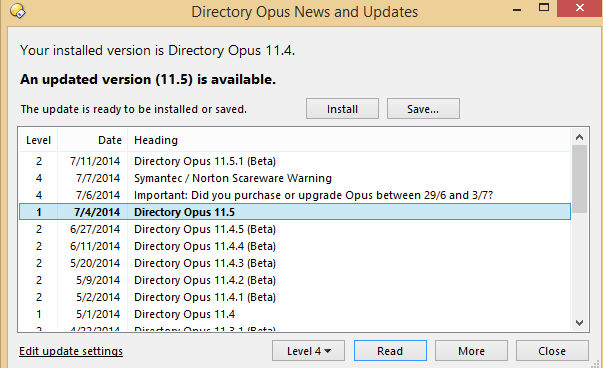 When I tried to update I received a message to uninstall previous version see attachment 2. 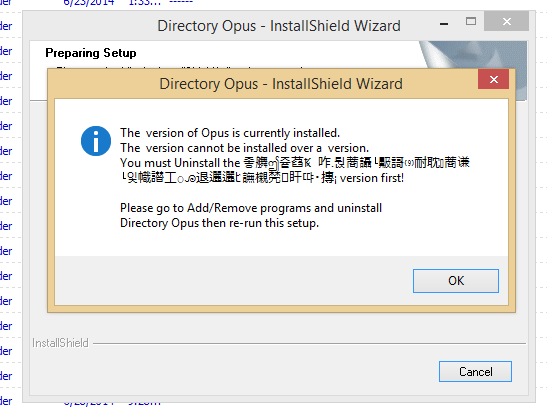 So I tried to uninstall and I received a message that I am not sure how to fix see attachment 3. 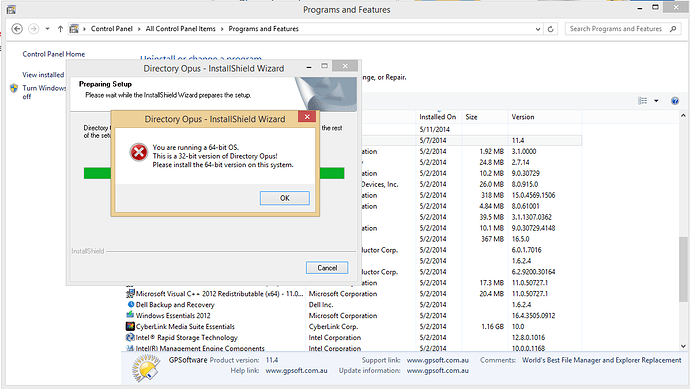 I am not sure how to fix this. I recently purchased a new computer with Windows 8.1. I used program called PC Mover Professional to move most of my programs from my old computer Windows XP and I think it was a 32-bit machine while my new machine is a 64-bit machine. So maybe that is why I am having this problem. But I still need to be able to update and I am not sure how to do that. Can you please HELP?

I used program called PC Mover Professional to move most of my programs from my old computer Windows XP and I think it was a 32-bit machine while my new machine is a 64-bit machine.

Our guide, Problems caused by 32-bit to 64-bit migration tools, has a link to a fixer tool we have created for this scenario which may solve the problem for you.

What PC Mover Professional has done there is going to cause problems. The 32-bit install of Opus cannot be moved to a 64-bit machine via any official method (provided by us, or Windows itself), and will not function properly if it is. This will also be true of other software which requires different or additional components and registration details on 64-bit systems.

As well as the issues you can see in the installer/uninstaller, things such as Explorer Replacement, context menus, viewers, and various other features and components will not function properly on a 64-bit system unless the 64-bit version is installed.

Tools which move 32-bit software to 64-bit systems are a bad idea in general. This isn't your fault, as you had no way to know, but it is a shame companies are selling these tools for money when they can cause such a mess. They should only move data, and not the software itself, except perhaps using a whitelist of software they know is safe to move.

If the fixer tool I linked above does not solve things, you may need to ask for support from Laplink (makers of PC Mover Professional), as we cannot know exactly how they have moved the Opus installation. It should be impossible to install 32-bit Opus on 64-bit Windows, so they must have done something strange and unsupported. They should be able to tell you how to undo what their program has done, and repair the damage to your Windows and Opus installations, if our fixer isn't able to on its own.

Thank you so much for this information. I was able to uninstall the 32-bit Opus and install the 64-bit Opus on my Windows 8.1 computer.