If I set the new Script Function editing mode for an embedded rename script (javascript) and save it... 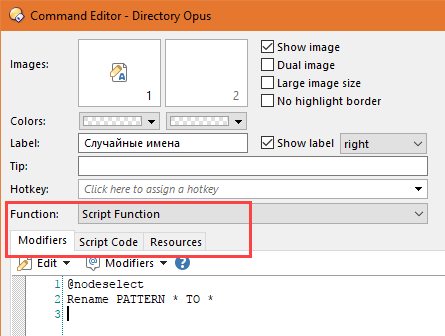 But if I set the Standard Function editing mode for the script and save it, no error is generated: 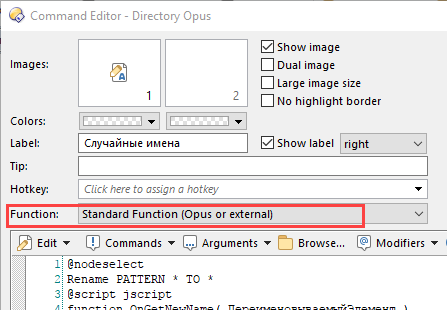 This is not a bug.

Rename commands are run via Standard Function mode, as with any other internal commands. You can also put a rename script after the commands if you want to use one.

If it seems weird, it's because at one point there were no Script Functions and the Rename command was a special case. (It still is a special case in that it's an internal command which can run a script, while usually it's the other way around.)