Here's some info on the data format the plugin expects:

I've attached a simple example file which draws the image shown below. (A sine wave and two lines from 0 to 1 and -1.) 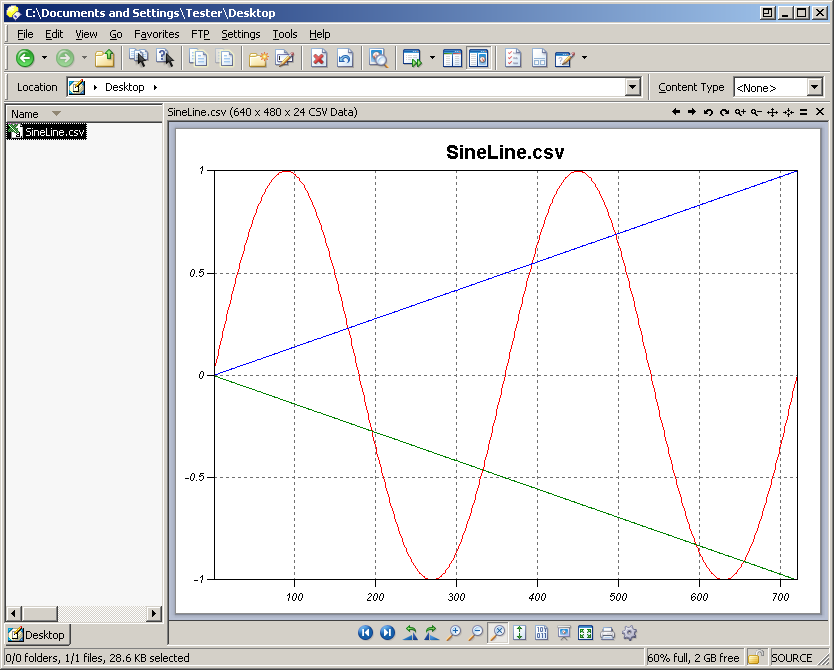 I've copied the csv.dll to /home/viewers, but I can't reproduce this