"Del" key shortcuts, when removed, still defaults to delete in the tree view

I was trying to replace/remove some key shortcuts through Customize/Keys. Removing existing shortcuts works in the the files view of the folder, but in the tree view, even if eg. "Del" key was removed, it still deletes the selected folder. If I set a new shortcut, that will overtake it (is there a "no-op" Function?), but I think user expectancy would be that once a shortcut is removed, it doesn't have an effect app-wide.

There are hardcoded fallback hotkeys in various places (as well as ones simply built into windows, like the cursor keys work in the tree without having to define hotkeys for them).

You could set the hotkey to run a command that doesn't do anything, like Set on its own, if you want to make it explicitly do nothing. Not wanting the Del key to delete things is a little unusual though!

Depends all on the input device, and how easy is to press such a destructive key by accident

I would disable the input device if it makes accidents that easy.

But there are also delete confirmation dialogs so you'd have to really mess up, I think.

Hello, I often find missing folders because i accidently drag and drop them from the folder tree to another folder next to it instead of just clicking on them, I always use cut and paste shortcuts to avoid mistakes when i actually want to move folde… 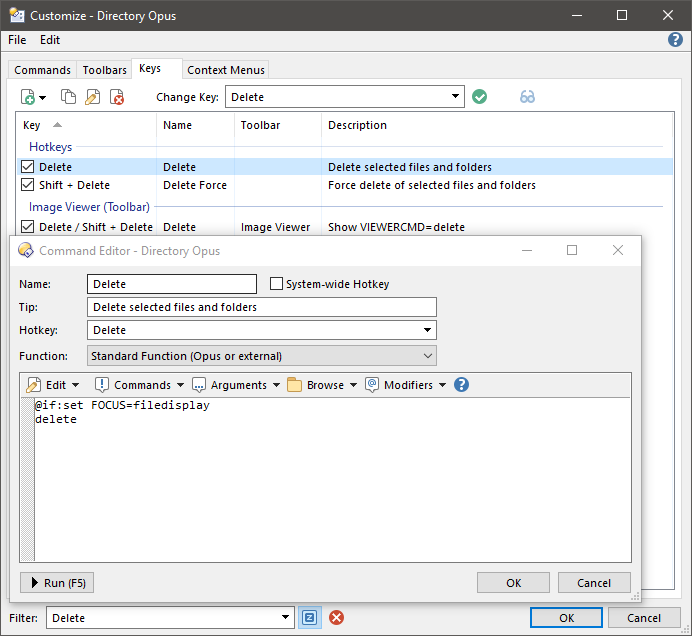