It seems that there is an error with the dialog/message window in the DOpus 11.5.1b.
In all dialogs there is always a input text field, that should not be there and was not there in the past 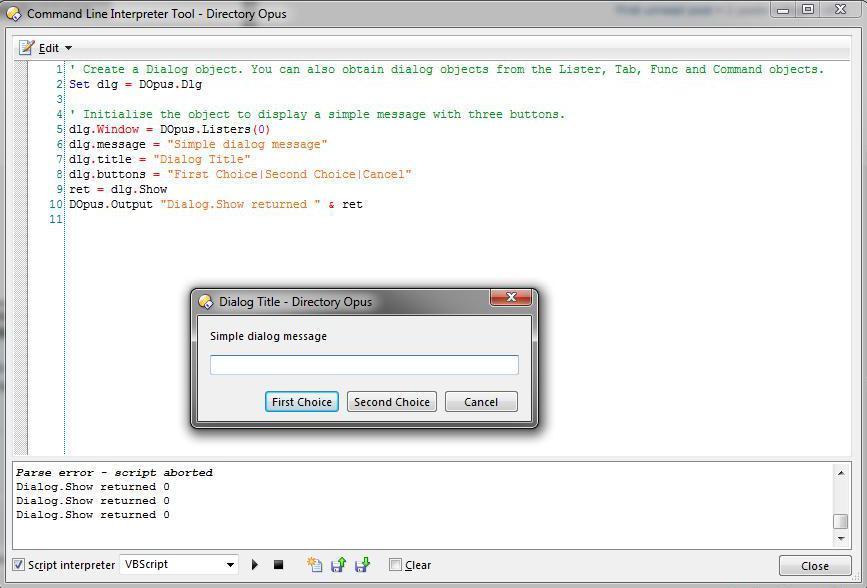 For now, Dlg.Request still works, as a workaround.

(The If-False block is just here for reference, so we don't have to type the script code in by hand again when looking into the issue. The Else block is the workaround.)

A fix for this will be part of the next update.