DO (and other tools) can't start again

Hi, I know sound strange and most probably related to windows. But the problem is annoying.

Using win10. I cannot open any lister again, if I closed the last lister. Either I need to restart windows, or need to find another folder, which can be opened with DO, like control panel.

Sometimes, not of them are working and am suffering.

Check that you have not launched dopus.exe elevated, as that will block requests to open new windows:

Why NOT to run Opus as Administrator under UAC Opus FAQs

UAC Support Directory Opus supports Windows UAC and will prompt for elevation when required to perform administrator actions. The program itself does not need to be run elevated, and doing so can actually cause problems (detail below). Opus also has…

Checked. NOT elevated. Also checking for malwares and alike. 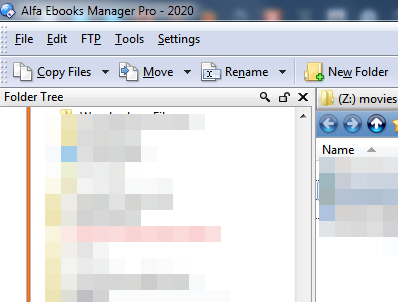 Does anything appear on the taskbar when you try to open a new window?

When I close DO using alt+F4, Close icon or via task manager, it is not executing again. Nothing appears. Thus, there is no way to see the any lister to check what is on the taskbar, other then restarting windows.

In other words, I have only one shot per session.

So even if there is no existing dopus.exe on the Task Manager Details tab, you can't restart Opus until you reboot the machine?

That points to something blocking Opus from running, where that thing starts later than Opus after a reboot. Or possibly an OS component is failing at some point after reboot.

We might be able to see where it's failing if, with dopus.exe not running, you capture a Process Monitor log of what happens when you try to run dopus.exe and it fails. Here's how to make the log:

Also, try whitelisting dopus.exe in your antivirus, especially if you are using Defender (which has been terrible lately, and requires editing two separate whitelists: One for Antivirus Scanner, and another for Protected Folders, both of which can block Opus and other programs).

Thus, this is most probably a windows-related issue, i think.

Does dopus.exe ever freeze as well, e.g. when trying to open a second window?

For that matter, snapshots of the frozen Process Monitor may also reveal something.

We can only help to a limited degree if it's a Windows issue that affects other software as well, but we might be able to point you in the right direction at least, based on the process snapshots.

It is impossible to open second DOpus window.
Also observed a few things. "malware removal tools also freeze, during scan", "impossible to run .msi installation packs" and control panel does not active.
But no virus or walwares detected (which does not meant that not infected)
Thus, am pretty sure that this is well related to Windows.