All sites are Ubuntu Series, those versions below or equal to 20.04 working properly. 22.04 reject public key.

The same PPK key was tested with fileZilla, to access exactly same sites, and it works like a charm. without any issues.

On another forum, I found that the Ubuntu 22.04 has latest open-ssh server respond with:

I tried same key (through Peagent ) using DO12.18 and filezilla (directly using ppk). the server response from server is different

It is worth to mention that with Peagent Putty can directly login to the site using same ssh-key.

I believe it's the way how DO handles server authentication, and "ssh-rsa" has been deprecated.

As a workround: adding one line in /etc/ssh/sshd_config below

Make it read as:

and then do a

But, it allows deprecated ssh-rsa auth method, which give your server a tiny risk of being attacked in theory.

Sorry for my typo, I was referring to 12.28. How should I change the title of this post? I cannot do it. 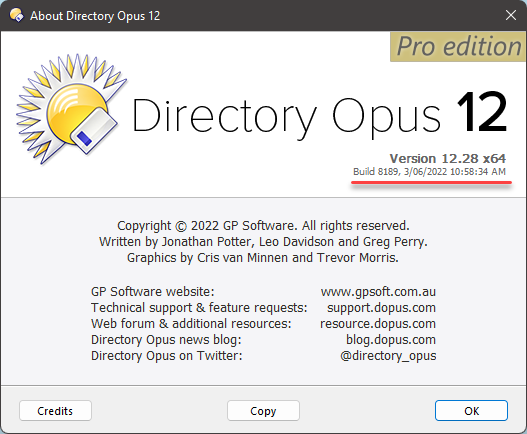 Would it be possible for you guys to update the post title somehow?

Ah OK. I assumed it wasn't a typo as the same mistake appeared six times.

I thought the key's algorithm was tied to the key itself, so it's strange that the key works from some clients and not others if the problem is the algorithm.

Are you definitely using the same key file with all clients? And it's not authenticating via one of the other keys loaded into Pageant rather than the one you think it's using, is it?

Also note that Opus 12.28 requires keys in PuttyGen's v2 format, not the newer v3 format (and may also not work with keys saved by anything else). PuttyGen can load and convert keys from other formats into the v2 format Opus needs. 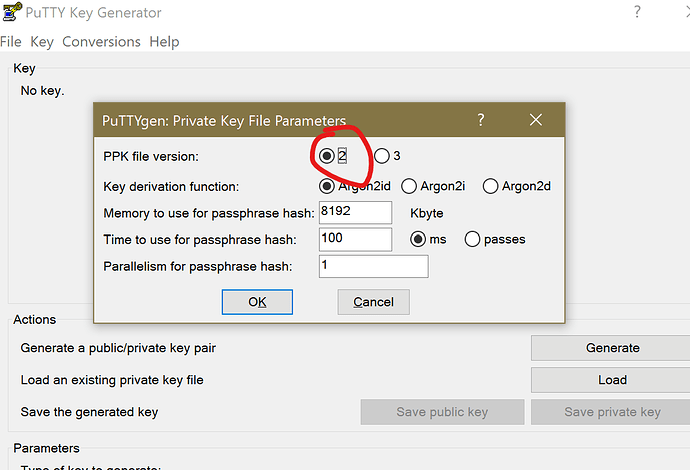 I was using the same key, and I tried using PPK version 2.

I think the key works with DO, it just the way DO communicate with the server that gets astray. The server complains about:

After I changed the server-side configuration to allow 'ssh-rsa' key Algo, DO can connect to the server without issues. I believe there is a reason why 'ssh-rsa' got deprecated in Ubuntu 22.04.

Other software like Filezilla can use the same PPK file without issue, so I think DO may have a way to work with the same key too.

Which algorithm does PuttyGen say the key is using?

I have the same problem as lawipac. I can connect by SSH to my server from Windows Terminal, WinSCP, but not with DOpus. Key I am using Is the same, no other SSH keys are available on my server. The problem started with Ubuntu Server 22.04 LTS. The reason is:

When using WinSCP I get:

If you load the key into PuttyGen, which algorithm does it think the key is using?

So no mention of SHA256 in PuttyGen? Even on the key fingerprint line near the top?

It may also be worth checking in PuttyGen's Key menu for settings like SSH-2 RSA key being selected and not the older SSH-1 key (RSA): 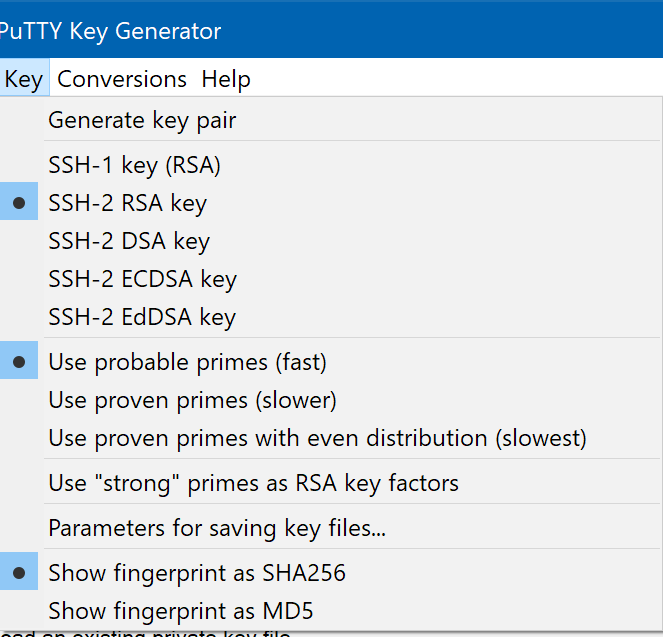 (This is all on the limits of my knowledge of SSH public key stuff, so I'm guessing here.)

Key fingerprint is: ssh-rsa 4096 SHA256. In PuttyGen "SSH-2 RSA" selected. PPK file version is set to "2". I can use created PPK file with WinSCP and connect to my server without any problem.

I'm not sure what's happening in that case. The error message doesn't seem to tie up with what's actually in the key.

If anyone has a server they could make us an account + key to test with, that would probably be the quickest way for us to reproduce the problem. If not we can see about building a Ubuntu 22.04 install on something, but that will take us longer.

It is now possible[1] to perform chosen-prefix attacks against the
SHA-1 algorithm for less than USD$50K. For this reason, we will be
disabling the "ssh-rsa" public key signature algorithm by default in a
near-future release.

This algorithm is unfortunately still used widely despite the
existence of better alternatives, being the only remaining public key
signature algorithm specified by the original SSH RFCs.

The better alternatives include:

Are you still investigating the possibility to build Ubuntu 22.04 and check the problem with the public key rejection? Can create an Ubuntu 22.04 server for you but need a period for server availability (it will cost me money).

It's on our list but we haven't had a chance to set up a test system, as we're busy finishing existing work.

If there's a test system we can try with, we'll give it a go. But otherwise we will set one up ourselves after we've cleared our current set of tasks.