1.) Open any folder and have the breadcrumbs field active:

2.) Click on an arrow, using the left mouse button:

3.) Choose any element in the popup and use the right mouse button to spawn the context menu here:

5.) This will remain as a top element above all windows, even if you move other windows over the dopus window, see here: 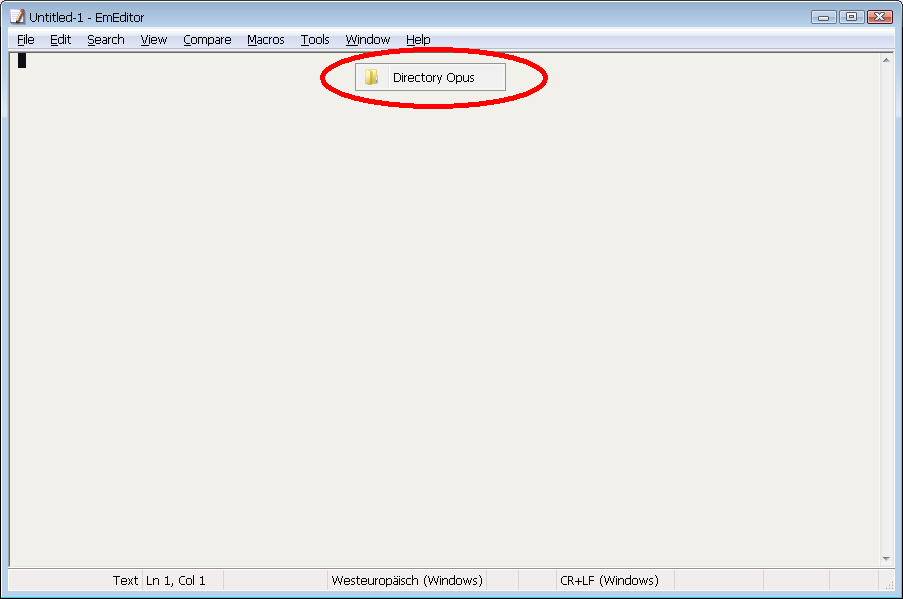 Further clicks on other element in the breadcrumbs field will eventually close the popup, but that's the only way so far.

Does it still happen if you turn on Preferences / Miscellaneous / Windows Integration / Hide Windows items on file context menus?

Yes. The context menu has limited items then, but the problem remains.

I'm not seeing the same thing here, for what it's worth.

While the menu item is still on the screen, if you use File > Exit Directory Opus to full exit the program, does it remain there, or does that instantly clear it?

If I close Dopus, that instantly clears the popup too.

Thats's really odd. No idea, why that doesn't happen on your end.

Just in case a certain special combination of settings may be the reason for that, let me know if you want my current setup.

Can you click on the stuck menu/menu item, or do clicks go through it to the window below?

It's still fully functional. If I click with the right mouse button on an item, a proper context menu appears again and with a left click, the folder is being re-activated, which brings Dopus back to the front, even if it was somehwere in the back.

Some more hints that may help you track down this:

1.) This only happens on pop downs that appear when a breadcrumb arrow is clicked. I couldn't reproduce it with breadcrumb folders. (Probably because the context menu directly opens and there is no need for a pop up.)

2.) I think the problem occurs directly after the right click, because the pop stays open. Not sure if you have the same behaviour, but that's at least what happens on my machine. If the pop up would close before the context menu opens, this probably couldn't happen. (Although I want to mention that from a users view it's very convenient, that the pop up remains open.)

As soon as a function in the context menu was triggered that force dopus to change the current tab or folder, the breadcrumb arrow button is gettig deactivated, but the attached menu is not.

3.) As described, by clicking an arrow with the LMB and then selecting an item and use RMB the popup remains open. I can repeat this multiple times which brings more and more 'zombie' popups on the screen. Here you see an example with two 'zombies': 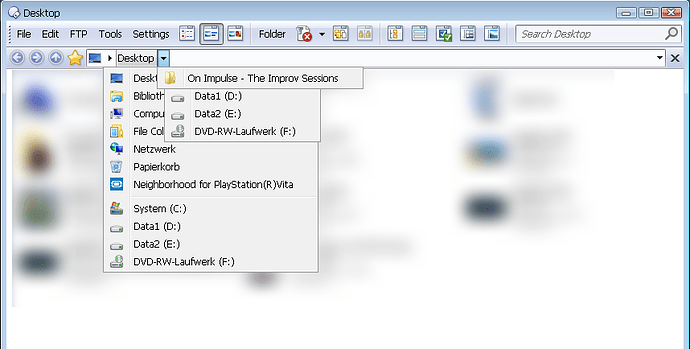 The 'On impulse' folder is the only one who is still properly attached. The other two on the background are already 'zombies'. All 'zombie' popups are still functional and will close if Dopus is closed.

could you reproduce the issue?

Neither Jon nor I can reproduce it so far.

It could be connected to a shell extension that is adding items to the menu, potentially, but turning on "Hide Windows items..." would normally exclude that, so I am at a loss.

There have been cases where video drivers left parts of menus (often just the shadows/borders) around due to bugs in the drivers, but when that happens they are usually only cosmetic and mouse clicks go right through them, so it doesn't seem like that either.

Thanks for your feedback. Could you please try adding a "Open in new folder tab" function by customizing your context menu? After more testing I realized, that this is the one that causes the most trouble. Most other functions of the context menu work well and doesn't cause this effect.

Please let me know if you can reproduce it that way.

That item was in my menu all along.

Tested this in DO11 and it's not happening to me.

Well, if it's just my machine, it's probably best just to ignore this. I'm out of additional ideas for more hints of how to reproduce this thing. I could probably make a video, but not sure if this would help at all.

Thanks for checking anyway.