I have a few folders that, when I right-click on them and then click Properties, show the existence of thousands of files and folders, but none of their subfolder properties show anything but a few files and folders (and correctly so). No hidden files or folders are indicated (no red text in the Status (?) field.

What could the reason for this be?

The Properties dialog comes from Windows, not from Opus.

Do you see the same thing in File Explorer?

Showing us what you see in the dialog and folders might help us guess what is happening. 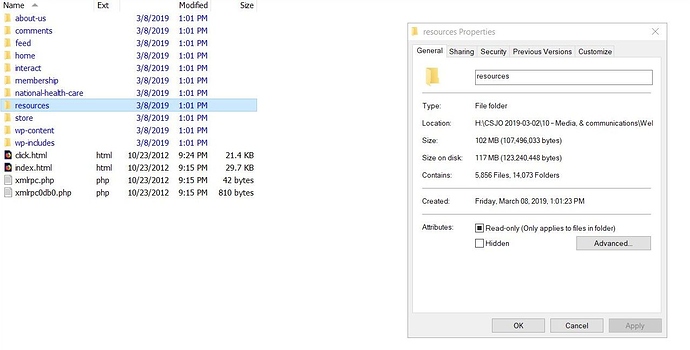 Second screenshot is from this folder:

Had both dialogs finished updating when you took that screenshot? It does seem odd.

According to this, there is a bug in Windows 10 1803 and 1809 which causes this problem with long paths when using the Windows Properties dialogs to count files and folders:

So it looks like it is a bug, but it's a bug in Windows rather than Opus. (Opus isn't involved in the Properties dialogs at all. It just tells Windows to display them.)

Until Microsoft fix that, your options are to use something else to do the counting (Opus has columns which can tell you file and folder counts and aren't affected by the bug) or shorten the paths (which isn't a bad idea in general, as this may not be the only thing that has trouble with very long paths)..

Thank you very much, Leo, for this info.