Folder Thumbnails not Generating Upon Entering a Folder

This behavior doesn't carry across to Explorer, it just generates them after you enter the folder without any further actions.

What have you installed to make your folder thumbnails purple? Have you tried without it?

Nothing installed, it's just a modified imageres.dll in system32 folder that I use to change the color of the default folders system-wide.

Thanks. I had a look on a couple of PCs here and I suspect there's a Windows issue behind what you're seeing, as the Windows shell's thumbnails do not always seem to be reliable in Windows 10. (The feature was completely removed in Windows 11, too.)

On one PC, the shell thumbnails generate fine in Opus even at minimum size:

On another PC, File Explorer won't show anything other than generic icons for folders, while Opus will show shell folder thumbnails, for all sizes, but none of them contain any images, just icons inside the folders. (Thumbnails of the images themselves work OK.) 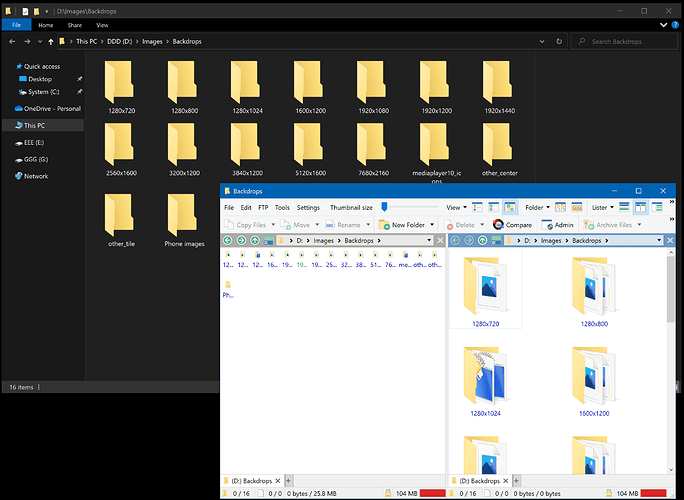 In fact, on that PC, File Explorer is unable to thumbnail the images themselves, which explains some of what I'm seeing. Shell thumbnails seem completely broken on that PC: 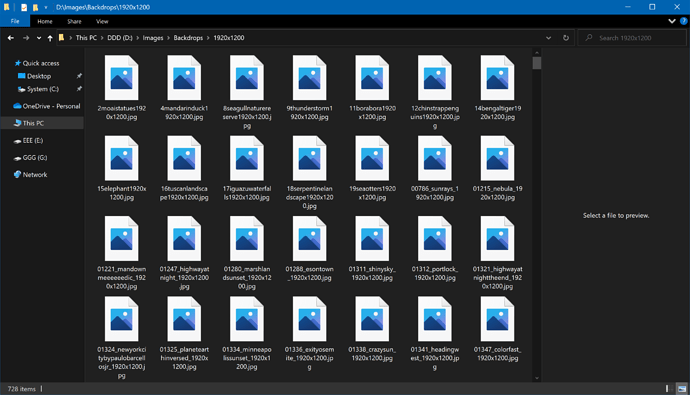 If the Windows shell isn't generating folder thumbnails (or thumbnails in general) properly, I'm not sure how to fix it, but it seems to be something that can affect File Explorer as well, and can go wrong in more than one way.

You can remove the reliance on the Windows shell by going to Preferences / File Display Modes / Thumbnails, clicking Adjust folder thumbnail settings and turning off Folder thumbnails via the shell if possible. 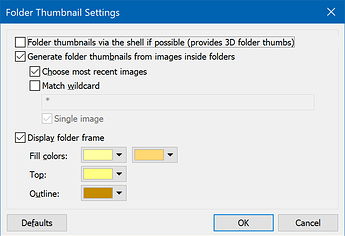 Opus will then generate the folder thumbnails itself instead of asking Windows to do it. They won't look the same as the shell ones (they're flat rather than 3D), but they work.

You are right - Windows 11 has removed this! Thanks for the hint!