How to Rename Images from it's Folder Name

I have some folder Like
Folder1
Folder2
Folder3 and so on
Every Folder has various Content like Flac, txt, jpeg, png, etc.
My Goal is Rename All the Images file Only (jpeg, png) with their parent's folder name.
As all Images in folder1 should be rename with
Folder1 (1).jpg
Folder1 (2).jpg
Folder1 (3).png
Folder1 (4).png

I had tried with this <from>(.*)\.(.*)</from> <to>{parent1}.\2</to>
It can rename selected file with it's parent folder name only but I want to select automatically all the Images files only, How to do that?

I think this code can not create the 2nd file with the same name and add an incrementing number with the file name like
Folder1 (1).jpg
Folder1 (2).jpg
Folder1 (3).png
Folder1 (4).png

There's an option for that in the Rename dialog.

Jon I do not want use the rename dialog box in that case. I have tried to create a rename presets called RenameImagesfromFoldername.orp 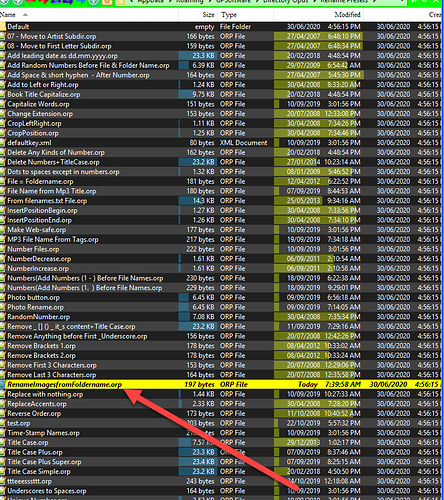 And I use a tollbar button for using the rename preset

That option can be saved as part of the preset like all the other options. 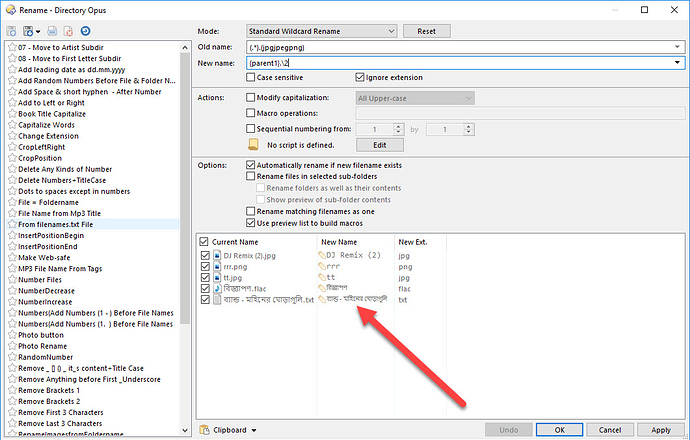 Didn't you use the Rename dialog to create those presets?

No Jon. I just typed the rename preset

I'm not sure why you would want to do that rather than use the UI we've provided.

Add the autorename="yes" flag to the preset to turn on that option.

You don't have the Mode set to Regular Expression by the looks of things.

How the Rename dialog works is documented in the manual. 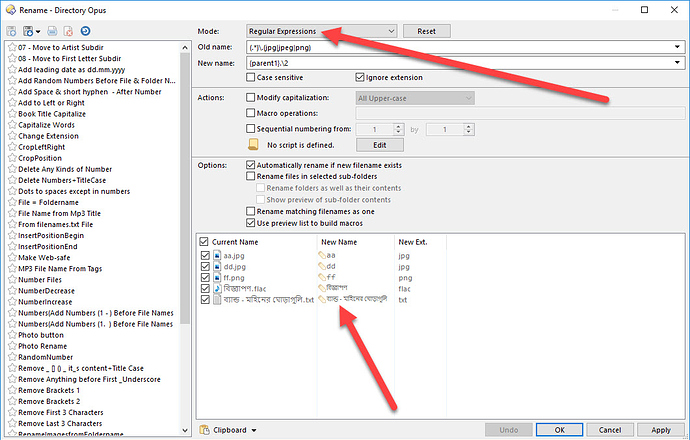 Turn off Ignore extension, since your pattern is looking for an extension.