How to search for file between two dates?

How would I search for a file which was last modified between January & March 2008? How do I specify a date range?

Just set the Date drop-down to "Between" and pick the two dates. (Make sure it's set to Modified if that is the timestamp you're interested in.) 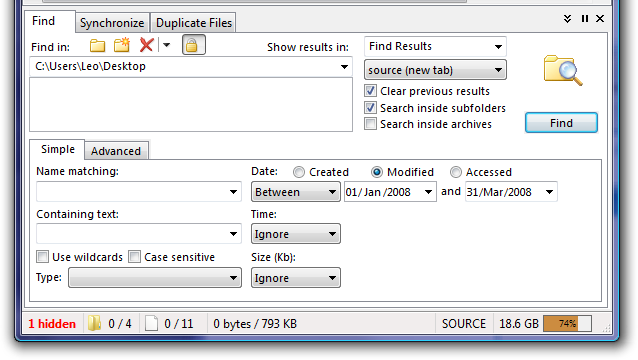 Wow. Wonder how I missed that.