Image PRESERVEDATE - does not preserve date

I noticed lately, that the creation date of the converted images is not kept. The converted
images carry a creation date, which is set to the point in time, their were converted, and not
created (on the SD-Card by my camery i.e). The modified date is "reset" correctly to be the
same as before the conversion.

Thanks in advance for any hints/ideas!
Rob.

I forgot the attachment.. 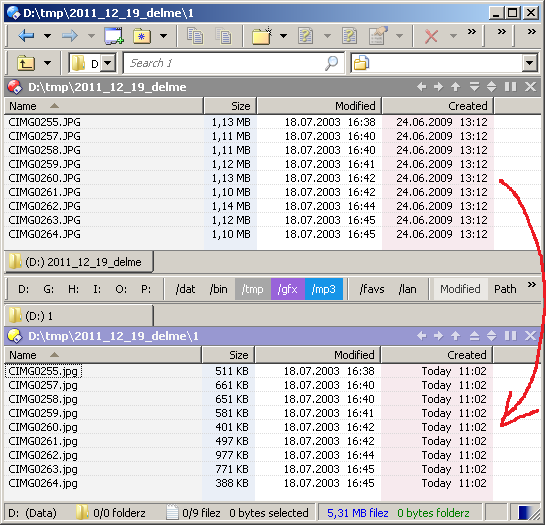 We'll make it preserve the creation date as well in the next beta.

(FWIW, the current behaviour is correct as per what the docs say the arg does, but we can't think of a reason not to preserve both dates so we'll change the code and the docs as well.)

thank you for your fast response!
Ok, very straight!.. o) I look forward to the next beta then.. o))