I want to be able to increment a batch of files by a certain number, 187 to be precise. The files have names such as 091231_5967 and it is just the last bit after the underscore I want incrementing. Simply renumbering them sequentially won't do because the files are not in a continuous sequence; some numbers are missing; so 187 has to be added to whatever the file number is. I have been trying to do this myself but I haven't got anywhere.

A rename script can do that.

Can you give a few examples of the full filenames, including extensions?

It is trivial with the Dynamic Renamer. 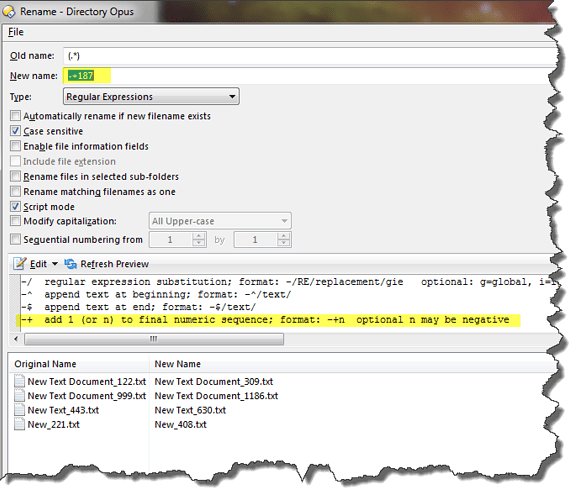