A collection of icons from Miki Radulovic. They're not setup as a proper icon package for Opus 9 but they may be of use to people regardless.
Milk.zip (425 KB)

These icons are not drawn by me. Most are "borrowed" from various Safari-like
themes for Firefox while i did my best to make the missing ones look as a part of the set.

Icons are non standard size (24x23 pixels) which means that you will have to uncheck
"Preferences / Toolbars / Scale Toolbar button images when larger than standard button
size" for optimum quality.

Not all icons are made, only those which I use on a daily bases (about 90% of default toolbar).

All buttons should glow light blue when clicked on except Delete which glows red.

Icons that end with 2 are meant to be used as a second icon image that shows on mouse over,
while those that end with 3 are shown when button is clicked on. Alternatively you can just
use the second set and set image highlighting effect to grayscale. 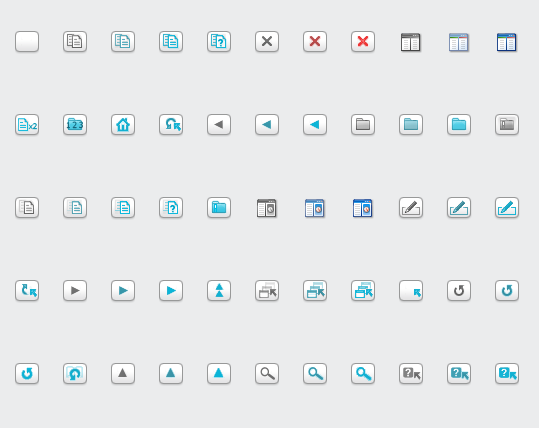