Can Directory Opus help with assigning a drive letter to an MTP Drive? Thanks

There are ways to do it but I’m not sure any of them are good (MTP by itself is rarely good as it’s so unreliable compared to other options). 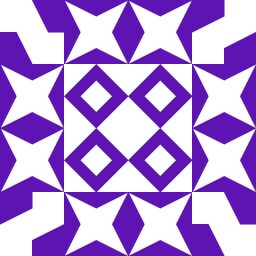 Is there a way to turn off MTP? I only need a driver letter to be able to format via my camera's software.

Hello,
I have experienced a similar situation recently.
This may not be relevant at all, but I recognize a similar problem,
so if it helps it helps, and if it doesn't, well hopefully no harm has been done.

I have used Sandisk Sansa C250 MP3 players for several years.
The headphone jack goes bad.
It ihas been kind of easy to find replacements on Ebay although the price is rising recently.

They are old.
What I do is upregde the firmware to Free and Open Source RockBox.
To do this, one needs to have a drive letter that works.
So on older versions, one needs to upgrade the Sansa firmware first.
Then, there are options avalable in the Settings Menu for USB connectivity.

With luck, you get a usable drive letter.
But, it is old.
My last upgrade got a hanging drive letter and the Bootloader Installer kept crashing and freezing the computer. I almost gave up. I later inserted a micro SD card into the card port even though there was 2GBs internal to the player.

Windows 10 liked that enough to stop hanging and the installation of the bootloader was done in roughly 15 seconds. The rest installed normal. One saved Sansa again !

Is there a way to turn off MTP? I only need a driver letter to be able to format via my camera's software.

To be able to format s drive, it would need to be mounted as Mass Storage, not MTP. Some devices give you the option but many don’t. It’s a device-side setting if it exists, not something you would change in Windows or Opus.

If we’re ultimately talking about an SD card or similar, removing it from the device and plugging it into a card reader will let you format it in Windows.

OK, cool. I think will just look for an SD card reader. You saying the brand Sandisk made me think of that. I have one around somewhere. Thanks for the reply.

I forgot about my Laptops SD card slot. For now that got me through. Thanks for the help.