Mostly feature request with a hint of bug report:
In the Dialog resource GUI, we can't set negative values for the minimum/maximum values of a numeric spinner box: 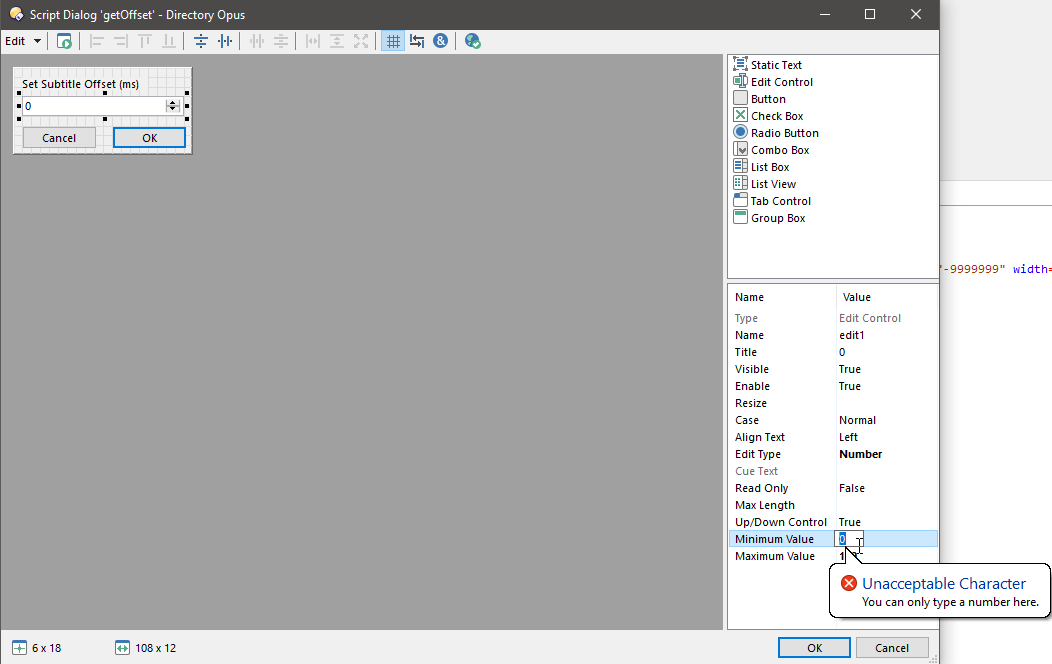 That should really be a possibility, IMHO

However, in the meantime, we can modify the resulting resource XML like
... val_max="100" val_min="-100" ..., which seems to work as intended.
But opening the dialog editor GUI again parses that value as unsigned(?), to something like 4294967196 for the case of -100.
Saving after editing has the value then saved as hex (0xffffff9c in this case).
Interestingly, in the script execution, it seems it's still parsed as signed, as 0xffffff9c will result in a minimum of -100.
Trying to use the decimal 4294967196 in the XML resource, however, results in the spinner arrows being deactivated.

The signed/unsigned discrepancy between execution and GUI is the bug report part; my request to have the GUI interpret the numbers as signed and provide proper UX is the feature request

Oh, also: Trying to enter a minus symbol in a numeric spinner box fails (is blocked); the only way to achieve a negative value is to use the Up/Down arrows to go below 0. Then, you can type in the value part

In the next version this will be possible