I saw somewhere (I though in a video on YouTube) that Directory Opus is able to access files which are stored in DropBox / OneDrive and these files are not synchronised with the DropBox / OneDrive client application locally yet. In DO the status icon (and text) shows files are available online. DO is able to access these files as if they would have been synchronised with the client.

Is this feature also possible with NextCloud? If not will it become available at a later moment in time?

That functionality works via the Windows cloud storage API, in conjunction with the DropBox client or OneDrive software.

If NextCloud implement the API in their client software then it should work in Opus, but NextCloud isn't something we have tested or know much about.

If you want to try it, I'd recommend getting the latest beta version of Opus, since it has some changes which are not in the stable release yet and which make the cloud storage API work with Opus again, after Microsoft intentionally broke the API for third-party software in the last few Windows updates.

DOpus visualizes my dropbox with availability='available on this device' and an empty status icon:

According to the dropbox documentation below, online-only is part of dropbox smart sync feature. This feature is a paid feature.

I'm not able to see the status 'only-only' in DOpus, What should I do to see this status in DOpus? Do I have to have a paid DropBox subscription? 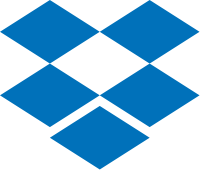 How to use Dropbox Smart Sync

Yes you need a paid subscription to use Dropbox Smart Sync. Without that all files will be stored locally and simply mirrored to the cloud.