Opening/creating folders on another disk

I rearrange the data on multiple disks, and when I see the Directory Opus options, opening / creating folders on another disk, according to the existing disk, without files, would be quite helpful.
I'm starting in DO, I didn't find anything like that, will you direct? 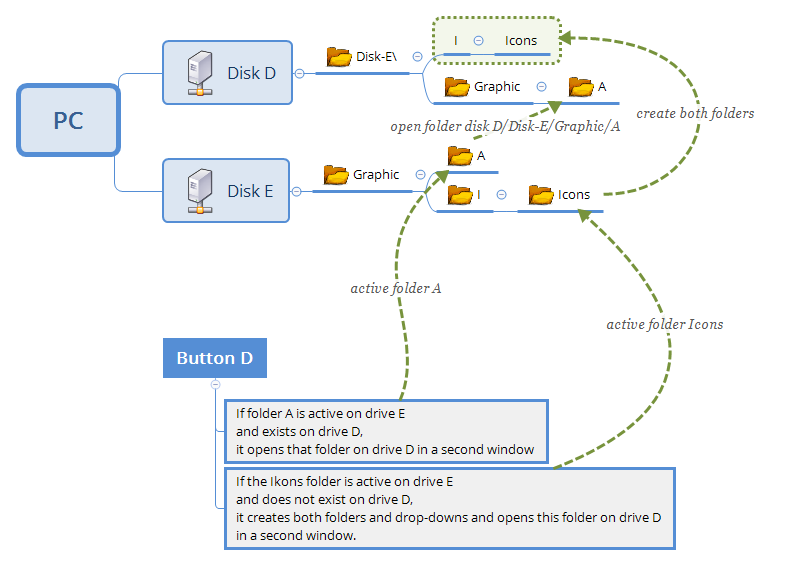 So I've done it this way so far, it would probably be easier, but over time I will improve it as I get closer to DO ;-).
Now it's not treated if the file is active, which I don't mind yet, I'll edit it later so that it behaves like the active folder in which it is stored. Now I don't have time to learn more.

This looks related and might be useful to you:

Overview: Navigation Lock is a feature in Directory Opus where you can move around two similar directory structures, one on each side of a dual-display lister, with navigations done in the active side mirrored in the other side (as long as a folder w…

Thanks for the tip Leo, I use it, it's a great thing.
In some codes I use it at the end.

I would like to gradually publish these procedures in Czech.
My codes are still far from perfect and can be done better.