Quality of mouse peripherals these days

After 3 years of usage, my Logitech G203 Prodigy mouse has developed a double-click problem on the left mouse button and both side buttons. Rather than buying a new mouse I've decided to replace a switch.

It turns out that this is a common problem due to Logitech (and many other manufacturers) using the Omron switches. Now the Omron switches used to be the best in class, but for some reason they've dropped the ball and the quality is very bad nowadays.

These are the switches that Logitech G203 Prodigy mouse uses (in my particular mouse at least):

As you can see, primary buttons use the Omron switches rated for 10 million clicks. The box mouse came in proudly highlights the 10M click rating, but in reality this is simply a budget tier mouse switch

The side buttons however, use the Kalih switches. Some people on the 'net claim that Kalih switches are better and don't develop the double-clicking problem, but that is hit and miss in my experience as you can see above.

), the exact model was D2FC-F-K(50M) (CHINA). (I didn't care for Japanese ones, they are rare and expensive)
Not exactly the same model as the factory one (and I've decided to try the 50M "high end" variant), but I had zero problems -- I've replaced it and it now works perfectly. It's a little stiffer than the previous switch though.

Anyway, I'd be interested to know your own experiences with new-ish input peripherals. Are there any particular brands that you have good luck with these days?

I'm constantly replacing mice because of the switches. They're terrible. They have been badly designed for as long as I can remember.

Not sure how much it is due to dust and how much it's due to the contacts bending over time, but mice typically only last 6-24 months for me. I use them a lot but they should last longer. I often buy two at once because I know they won't last and it's usually hard to find one with the same features by the time it breaks.

Have never tried to replace a switch before. Wish they were hot-swappable. And that they used keyboard switches!

I've heard Razer has some models with optical switches, could be worth a try.

I've actually switched to a Cherry Gentix 4K mouse today (because I didn't replace the side switches on Logitech and I use them a lot). I don't know what switches it uses but I see Cherry makes their own mouse switches (DG4, DG6) so I've decided to try it (it was cheap too!).

I just remembered that Asus do a few models where the main two buttons (at least) are easily swapped switches (requiring screwdriver at most, no soldering).

Have not used one to know what the software and other things are like, or how easily (or for how long) replacement switches are available. They look good on paper, though.

Edit: That said, it's often the wheel button that goes for me, and that isn't any better than other mice.

Enable single click mode and save your wrist and mouse.

I might be lucky but I haven't had any issues with any recent mouse purchases I've had. The last time I had an issue with a mouse was the Logitech G9X which just up and failed but obviously that was a long time ago.

Razer's V2 optical switches are pretty good. A bit heavier click than most logitech mice. The problem with Razer though is you typically have other random issues. Can't speak on the durability though as I didn't end up keeping the Viper Ultimate. I did end up keeping the Blackwidow V3 mini and it's been great except for some random issues. Not sure I'd recommend it to others at it's MSRP of $170, it's a lot of money for a keyboard.

I don't recommend Red switches for typing or programming, they are linear and provide absolutely no tactile satisfaction (except for all keys feeling consistent due to high quality).

The great thing about this keyboard is that it has an onboard memory for settings, and can also be customized without any software -- you can even setup your own per-key lighting (key, color, brightness) using nothing but built-in FN shortcuts. There is of course a Cherry software which is more comfortable way to do it (and it doesn't have to run in the background once you are done with it).

I hate when RGB peripherals don't have onboard memory, so when your computer is booting they are lit up in a default mode until their bloated software loads.

I ditched one mouse in the past 20 years because of switch issues, so..

Could it be that failing switches is related to how you click?.. I guess you click wrong! o) Maybe people with heavy hands and strong or angry clicking have switches dying more early? Just a guess. o)

I use the same cheap Dell OEM keyboard and mice on all setups for about 10 years now (I don't like different input devices or different handling when switching locations) and they work quite nicely everywhere.

The matte finish is long gone of course, mouse and keyboard look polished from being used for so long, the keyboard even has little dents where the fingers rubbed into the plastic over time. 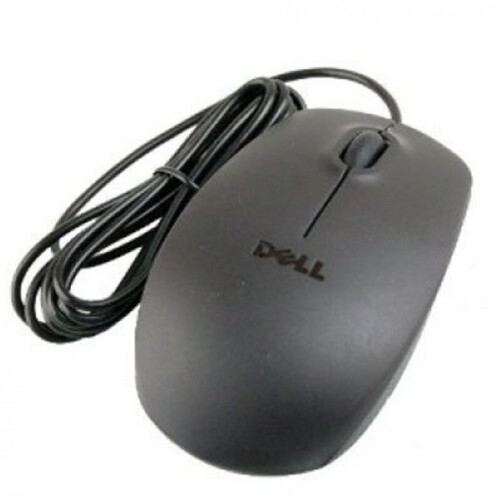 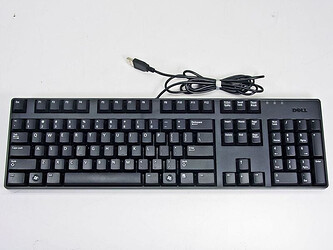