I am trying to rename files inside selected folders. Preview shows everything correct, but when I click OK nothing happens.
Maybe I am missing something? 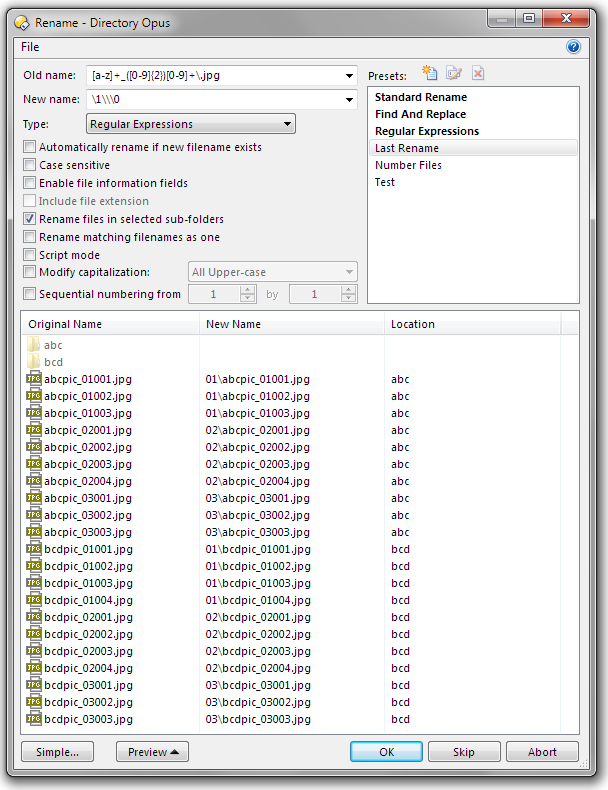 Using Rename to move files around won't work when also using the Rename files in selected sub-folders mode (or RECURSE argument, if using a button instead of the rename dialog).

This is because that mode automatically sets the folder for each file to be the one it is in.

However, you can still get what you want via a slightly different route.

First, set the lister into one of the Flat View modes and select all of the files. (Flat View (No Folders) is easiest as then you don't have to worry about avoiding the folders.)

Then click the Rename button and do the same thing you were doing before, but without turning on Rename files in selected sub-folders (it is not needed now).

Note that the files will be moved relative to their current locations, so you will end up with folders like abc\01 abc\02 bcd\01 bcd\02 and so on. If you want the numeric folders to be up one level, add ..\ to the start of the new name string.

Fabulous. Thank you very much for help!