I have tried to search for an answer to this problem without success.
When I try to change an icon on the Programs toolbar I can no longer access 'dll' or 'icl' file types when I try the browse and
'Select image from a file' function. I can 'browse' to the appropriate file but no icons appear in the selection box below as they had been previously.
Is this a setup problem, change in Directory Opus?
Any suggestions would be appreciated.
David

Does it show icons if you browse to an exe, say C:\Windows\System32\notepad.exe ?

It doesn't look like anything is broken in Opus as it seems to work okay for me.

Thanks for your help.
Christiaan: I also use Axialis and had a similar problem but the 'icl' files I am trying to access are the newly 'Vista' versions. 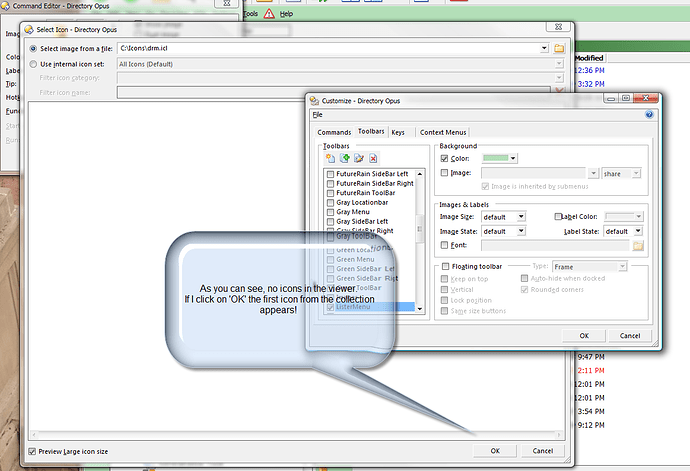