I notice a strange behavior of Rename function when using the Unique Number macro.
In short, when number of files to be renamed is longer than the preview pane of Rename window can display, strange things happen (numbering restarts back from zero).
To reproduce:

Two screenshots to illustrate the problem: 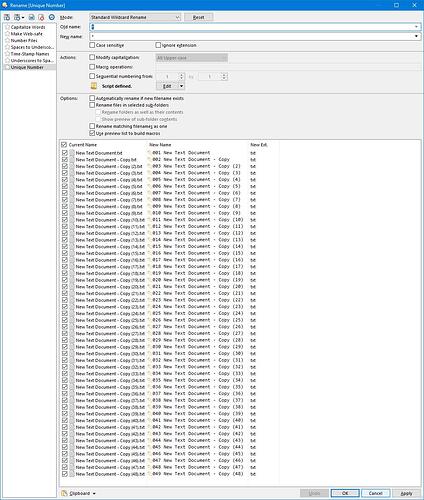 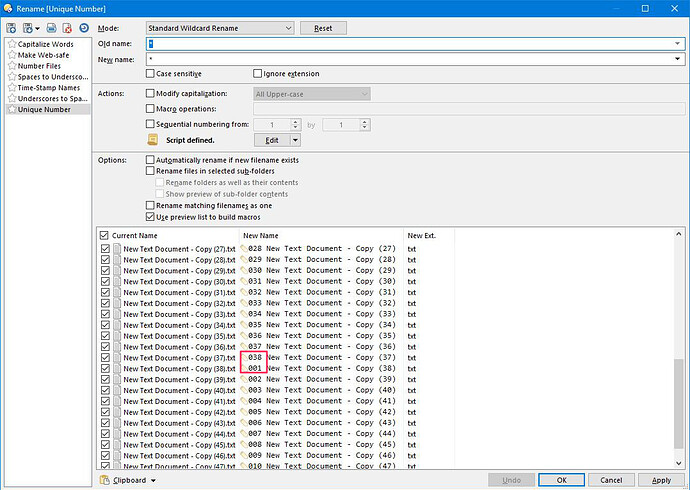 This is mentioned and explained in more detail on the post about the script:

Note: The preview in the Rename dialog may display several files with the same number. This is normal and does not reflect what will happen if you go ahead with the rename. (The reason is obvious: The script works by testing whether the names already exist on disk but just doing a preview doesn't rename anything, so the filenames in the preview do not affect each other like they will when you do the rename for real.)

What happens when you run the actual rename?

Thanks for the explanation. Actually now, when I test it, it renames fine, as you say.
But I could swear it was behaving differently a while back when I was trying to number a bunch of PDFs...
Anyway, thank you. I will keep an eye on it.