WIM Archives only openable in Opus when named with a .wim extension

TL;DR: DOpus currently supports both .wim and .esd archives (because they are the same), so long as the .esd files are renamed to .wim (because bug) prior to use.

DOpus currently does not--but should--handle files suffixed with .esd identically to those suffixed with .wim. I deal with WIM archives often and a large portion of them are named with the .esd extension. So, this erks me quite a bit and quite frequently.

Go to Preferences / Zip & Other Archives / Archive and VFS Plugins, locate the entry for WIM, click Configure, and add .esd as a suffix for that archive type. 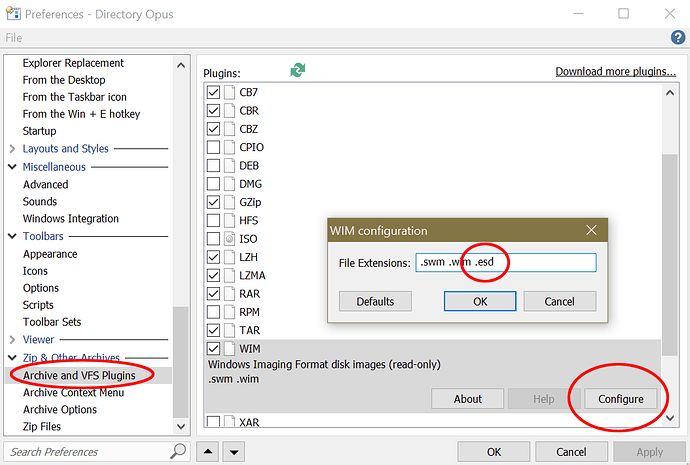 You are a lifesaver. Thank you!