Since moving to Windows 11, the Directory Opus window has been intermittently going partially, or fully transparent with only the border remaining. 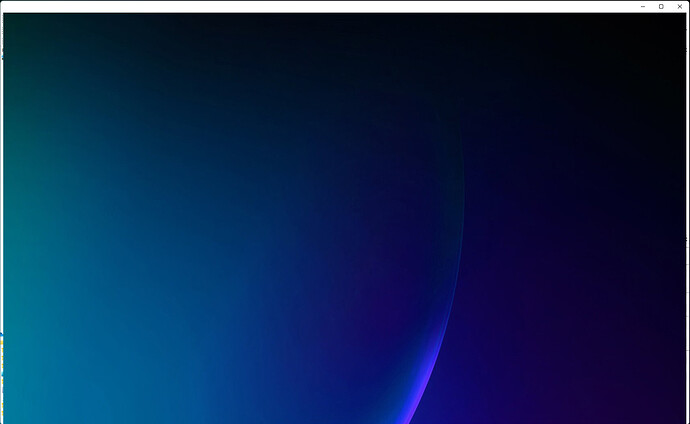 The only way to resolve it is to close Directory Opus, and open it again. Has anyone else been experiencing this issue and found a resolution?

Make sure your GPU drivers are up to date and from the manufacture’s website. The ones which come with Windows don’t always work correctly.

Thanks Leo for the quick response!

I've tried the latest and an older version from Dell's site, the latest from Intel's site and the Microsoft default and all exhibit the same problem. It's the only application having the issue to date, but was rock solid on Windows 10.

As I'm writing this though, Dell has just released a new GPU driver - So I'll give that a crack and report back

Another possibility is tools that modify windows to make them translucent or on-top, but I'd expect them to normally affect the border/titlebar as well.

Disabling transition animations (Preferences / Display / Transition Animations) is worth a try, as it's the mostly likely thing to trigger bugs in GPU drivers. If you click the window icon at the top-left of the lister, there should be an item in the menu that appears there to open Preferences, although it's possible the Preferences window itself will then have the same problem.

Thanks Leo for the further assistance

I've been playing around with it a little this morning, and noticed the following:

I've changed the Preview Handler to Adobe Acrobat, and it appears to be stable at the moment. It hasn't been long since the change though, so time will tell if this workaround resolves the isuse.

Which preview handler was it using before? I can see if the same happens for me if I install it.

It was the default Microsoft PDF handler.

Thanks! That one works OK for me on the two systems I've tried it on.

If you view the same PDF in File Explorer's viewer, do you see any issues there?

It appears that the Windows Explorer Preview Pane will use Microsoft's Default PDF Previewer regardless of what is set as the default PDF application (Based off the right-click options and iconography), and it does work completely fine.

I suppose if the issue only affects me, then setting Adobe Acrobat as the preview app in DOpus has resolved the problem and I haven't seen it happen again since